Yogi to be CM face in UP, BJP’s Raj CM face to be decided by party: Arun Singh

Speaking to the media during his visit to Jaipur, Singh said that Yogi Adityanath is doing a good job, so why should he be removed from CM's position. 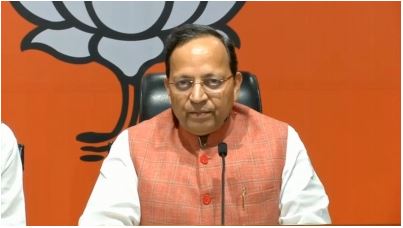 254
VIEWS
Share on WhatsappShare on FacebookShare on TwitterShare on Telegram

Jaipur,(Aryavarth) BJP general secretary and Rajasthan in charge Arun Singh on Wednesday announced here that Yogi Adityanath will be the face of Assembly elections to be held in Uttar Pradesh in early next year and the face of the chief minister in Rajasthan will be decided by the BJP Parliamentary Board.

Speaking to the media during his visit to Jaipur, Singh said that Yogi Adityanath is doing a good job, so why should he be removed from CM’s position.

Also, speaking on Rajasthan CM face amid the ongoing tussle between state organisation and former CM Vasundhara Raje group, he said, “The parliamentary board will decide the CM face for the assembly polls to be held in 2023.”

“Those issuing their statements should first evaluate whether their comment will benefit or bring in loss to the party.” Arun Singh said.

“If party suffers due to any statement of any leader, then disciplinary action shall be taken against the person concerned,” he added.

“I have asked the state leadership that enough is enough.”

“Make a list of all those leaders who are issuing unnecessary statements. We will make those leaders understand and if they don’t understand, action will be taken against them,” he added.