According to a government spokesman, the Yogi Adityanath government's journey to develop agriculture and uplift farmers, began with the waiving off loans to the tune of a whopping Rs 36,000 crore of 86 lakh farmers. 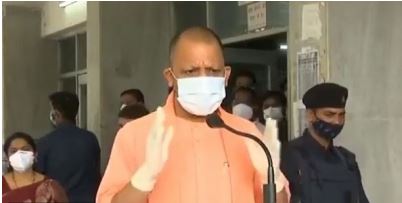 Lucknow,(Aryavarth) The Yogi Adityanath government in Uttar Pradesh has claimed to fulfil the Bharatiya Janata Party’s pledge for agricultural development as well as promises made to the farmers in its Lok Kalyan Sankalp Patra, which was released during the last state Assembly elections in 2017.

According to a government spokesman, the Yogi Adityanath government’s journey to develop agriculture and uplift farmers, began with the waiving off loans to the tune of a whopping Rs 36,000 crore of 86 lakh farmers.

This was followed by implementation of the Pradhan Mantri Kisan Samman Nidhi and Pradhan Mantri Fasal Bima Yojna to recognize progressive and innovative farmers as well as provide an insurance cover for their produce respectively.

From laying a strong foundation for agricultural development to making it a profitable sector and doubling farmers’ income, the Yogi government has many achievements to boast of.

Fulfilling the promise of development of agriculture, farmers and farm labourers, the Yogi government not only achieved record grain production and procurement, but also made direct payments to the accounts of farmers within 72 hours, eliminating middlemen from the procurement process.

The procurement of paddy, maize and wheat also increased manifold.