With just 5 days left, Vijayan trying to put up a brave face

Vijayan was sitting pretty till a few days back and was riding on the few pre-poll surveys which predicted an easy walkover, but things turned with the arrival of a report of the state intelligence and the central intelligence which predicted that the Congress-led UDF would have an easy victory. 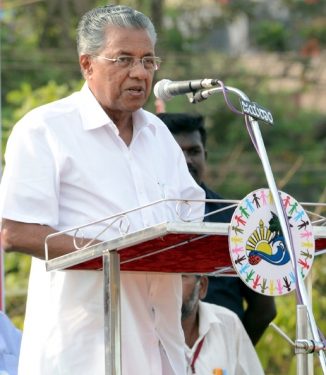 Thiruvananthapuram,(Aryavarth) With just five more days left for the Assembly polls here, Chief Minister Pinarayi Vijayan’s body language from that of a sure winner appears to have dimmed and is now aggressively targetting the Congress-led UDF. He is trying his best to harp on the alleged link the Congress has with the BJP-led NDA and that it is out to stop the development of Kerala.

Incidentally, this sudden change has happened in the past one week, after the arrival of Rahul Gandhi and it peaked when his sister and Congress General Secretary Priyanka Gandhi Vadra went around on her whirlwind trip across the southern and central districts. After getting a tremendous response during her 2-day visit, Priyanka is returning for a few more road shows on Saturday in the state capital.

Vijayan was sitting pretty till a few days back and was riding on the few pre-poll surveys which predicted an easy walkover, but things turned with the arrival of a report of the state intelligence and the central intelligence which predicted that the Congress-led UDF would have an easy victory.

On Thursday, Vijayan met the media in his home turf at Kannur and said that of late there have been lots of lies and canards that have been spread against the Left and he tried to defend it by citing a report of Transparency International, which rated Kerala as the least corrupt state and added that Rajasthan, which is ruled by the Congress is the most corrupt.

“Of late several new campaigners have come and are trying to attack the Left and it includes even personal attacks. These people who have come from outside are just airing the statements of the state leaders. None will forget it’s these parties who were responsible for the scams like Bofors and 2G. While the Congress was at the centre of the carnage of the Sikhs in Delhi, Muslims were slayed in Gujarat besides the brutal killing of Graham Staines and his two young sons,” said Vijayan.

He also warned that in the coming days more canards are expected to come in the form of forged documents and fake voice messages.

“All these won’t be enough to mislead the Keralaites and the new found relation between the Congress and the BJP, with the full support of the various central agencies will all be dismissed by the people here. After the elections, the relevance of the Congress will diminish like never before as the people through the ballot will show them. The people it seems by now have already decided that as can be seen from the mood of the people,” added Vijayan.

Incidentally, while the Left was engaged in a huge public relation exercise promoting Vijayan and his government, the Congress was lying low, but it has broken its shackles and has now flooded the public domain in the form of advertisements, audio and video clips slamming the five years of Vijayan rule.

Leader of Opposition Ramesh Chennithala said that Vijayan is doing his best to project himself and has used the government machinery to come out with a fraudulent voters list which has 4.34 lakh bogus or duplicate voters.

“This was how they managed to win the December local body polls. All people have to be aware of this fraudulent voters list and am requesting all the political parties to be on the watch. I have released this list on the website also for all to see,” said Chennithala.

But Vijayan dismissed this with a laugh and said the Kerala High Court and the Chief Electoral Officer are all looking into it .

Two-time former Chief Minister Oommen Chandy said, “All it requires is a peep into the past and the Left has opposed every developmental projects which includes the Kochi airport, Kochi Metro, Kannur airport, the GAIL pipeline and just see the Vizhinjam Port, which Adani in 2016 said he would complete the port in 1,000 days.

“It’s been five years and the Vizhinjam port is hanging fire. Everyone knows who are the ones who create roadblocks in all developmental projects. Reports have now surfaced that even the 2018 floods was man made by the mismanagement of handling our dams. The people are all aware of what has happened during our time and the present government’s time,” said Chandy. 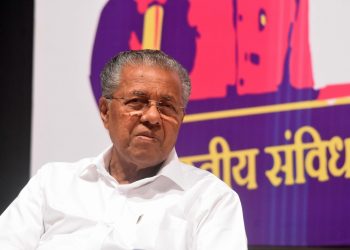 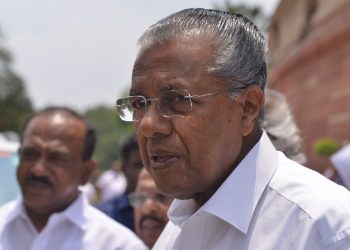 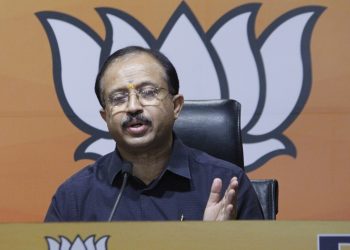