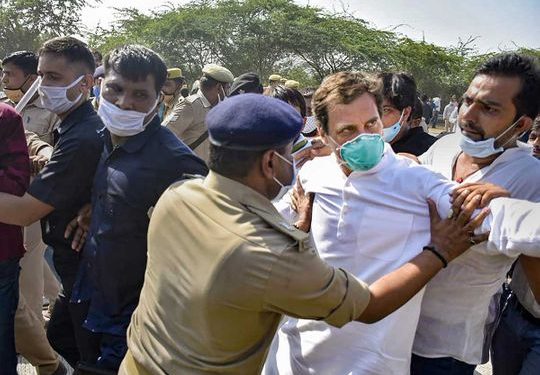 New Delhi( Aryavarth) : Heavy police deployment has come up on the Delhi-Uttar Pradesh border in Noida on Saturday, ahead of a scheduled visit of a Congress delegation that plans to meet the family of a 19-year-old Dalit woman in Hathras who died after an alleged gangrape.

Barricades were installed at the Delhi-Noida Direct (DND) flyway where scores of policemen, including senior officers, were present at 12.30 pm, even as CrPC section 144 remained imposed in UP’s Gautam Buddh Nagar.

The border is not sealed but checks have been intensified at the Delhi-Noida border, according to a local police officer.

A delegation of Congress MPs led by former party chief Rahul Gandhi will go to Hathras on Saturday afternoon to meet the family of the young woman who died after she was assaulted and allegedly gangraped, a senior party leader said.

On Thursday, Rahul Gandhi, Priyanka Gandhi Vadra along with several party leaders and workers were detained by the Uttar Pradesh police in Greater Noida and sent back to Delhi, after they tried to reach Hathras to meet the family of the young woman.

The party leaders and workers were also booked in multiple cases for allegedly violating restrictions imposed under the CrPC section 144 in view of COVID-19 outbreak and under the Epidemic Diseases Act, among others, according to officials.

The Congress has alleged that the woman and her family have been denied justice and “severely traumatised” by the BJP government in its attempt to hide the truth of the heinous crime perpetrated on her.

The Dalit woman was allegedly raped at a village in Hathras by four men on September 14. After her condition deteriorated, she was referred to the Delhi’s Safdarjung Hospital where she breathed her last on Tuesday.

She was cremated in the early hours of Wednesday, with her family alleging the local police had forced them to conduct the last rites in the dead of the night.

Local police officers, however, had said the cremation was carried out “as per the wishes of the family”. 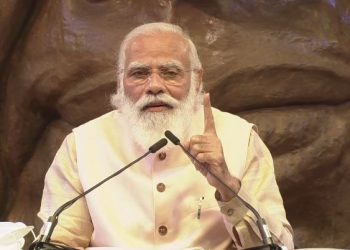 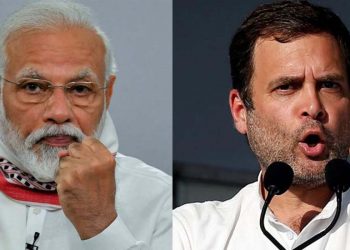