During his one-hour meeting, Adityanath apprised Modi of the political situation in UP and steps being taken to curb the second Covid wave. 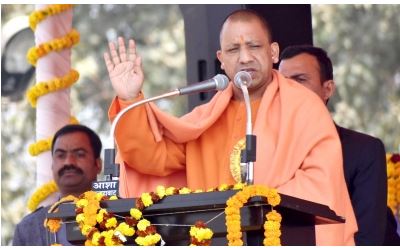 During his one-hour meeting, Adityanath apprised Modi of the political situation in UP and steps being taken to curb the second Covid wave.

Later, the UP CM met Nadda at his residence to discuss the preparation and strategy for the next year’s state Assembly polls.

Sources said that Adityanath discussed Covid management, vaccination, political situation, impact of farmers protest in Western part of the state and cabinet reshuffle, in his meeting with the BJP chief.

“For any change in party’s organisational structure in UP, Nadda’s approval is required. The changes in organisation and government were discussed between Nadda and Adityanath,” sources said.

On Thursday, the UP CM met Union Home Minister Amit Shah in which apart from political situation and saffron party preparation, BJP’s performance in recent panchayat polls was also discussed and it was decided to focus on electing its members as ‘Zila Panchayat Adhyaksh’.

Shah also had a separate meeting with Patel after UP CM’s departure.

Patel, was the Minister of State in the first Narendra Modi government, but then failed to make the grade in its second term, is demanding a ministerial berth for herself in the Modi cabinet and a ministerial post for her husband Ashish Patel in the state.