UP Budget to go digital even as MLAs fumble

The legislators will not get printed booklets of the Budget but can view it on their tablets and phones on the given link.

189
VIEWS
Share on WhatsappShare on FacebookShare on TwitterShare on Telegram

Lucknow,(Aryavarth) The Budget presentation in the Uttar Pradesh Assembly on February 19 will be read out by the state’s Finance Minister Suresh Khanna from his tablet and not paper.

This will be the first time that the state Budget will go digital, like the Union Budget.

Yogi govt rolls out sops for UP farmers

The legislators will not get printed booklets of the Budget but can view it on their tablets and phones on the given link.

A training session for legislators in the use of devices will be held from February 11 to 13 by officials of the National Informatics Centre.

The state government is also conducting a training workshop for Ministers and senior officials for seamless transition to the e-cabinet system with an emphasis on security protocols.

Ministers were advised to undertake training at home to achieve hands-on comfort with the new system.

The first e-cabinet meeting was held on Tuesday through several minister struggled with the new technology.

“Following the mantra of ‘Minimum Government and Maximum Governance’, the Chief Minister decided to implement paperless cabinet meetings, paperless Budget presentation and paperless proceedings of the legislature. He has already set rolling a digital policy to push governance in the country’s most populous state from direct beneficiary transfer to accounts and use of e-POS machines,” a state government spokesperson said.

Chief Minister Yogi Adityanath said that MLAs and MLCs would be provided with the tablets before the Assembly session to enable members to work online and curb use of paper.

However, most of the legislators are not yet comfortable with the digitalisation of the assembly proceedings.

“I am not a very tech-savvy person and the government should give us at least six months to fully adopt e-governance. Elections are just a year away and a breakdown of communication at this stage with the bureaucracy could prove detrimental,” said a senior MLA of the ruling Bharatiya Janata Party.

A number of legislators said that they were not conversant with Hindi/English typing and will have to first learn this before learning how to operate the devices. 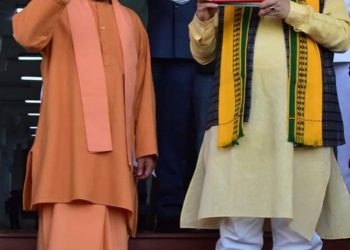 Yogi govt rolls out sops for UP farmers 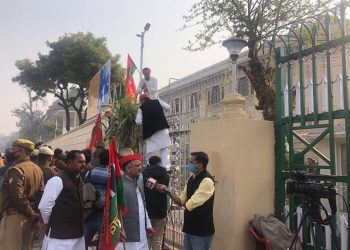