Mamata stressed that “Congress, CPM too have an understanding with the BJP.” The Gandhi scions are living in illusion, they don’t have the calibre to win a state election and become a CM, leave the question of becoming the PM of India.
TMC has started the process of disintegrating Congress, if signals are to be believed, Congress will remain in the history books. TMC could emerge as the main opposition party in the next parliamentary polls, as it will stand to gain seats in North East and Bengal. This augurs well for BJP too, as it will be able to clean India of Congress. As the campaign for the September 30 Bhowanipore bypoll enters the final lap, Mamata Banerjee and Abhishek shared the stage on Sunday and indicated the start of a battle on the national front where the TMC could be an alternative to the Congress. Party’s all India general secretary Abhishek attacked the BJP and Congress, which he has been doing of late, and said, “Among all the parties, TMC has the power to fight… Like other political parties, we will not bow down.” On TMC’s national ambition, both Mamata and Abhishek spelt out that their party was an alternative to BJP and they will reach out to other poll-bound states, including Goa. Hitting out at the Congress less than a month after participating in the virtual meet of non-BJP parties called by Sonia Gandhi on August 20, Mamata stressed that “Congress, CPM too have an
understanding with the BJP.”
In Goa, where Congress stood a chance, TMC and APP are chpping the edge. Veteran Goa Congress leader Luizinho Faleiro has quit his party of 40 years amid signs that he is joining the Trinamool Congress of Mamata Banerjee. Will Congress leaders wake up and split the party, before its too late, only time will tell. 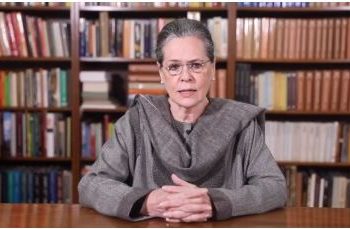