Sources said that Adhikari apprised Shah and Nadda about the sentiment prevailing in saffron cadre after the unsuccessful attempt to dislodge the Mamata Banerjee government in the Assembly polls. 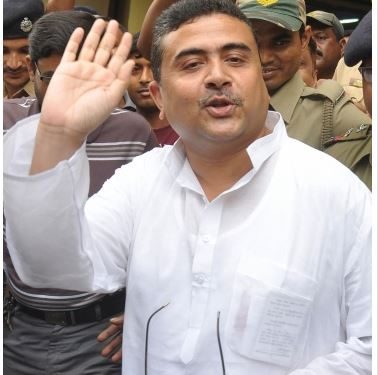 270
VIEWS
Share on WhatsappShare on FacebookShare on TwitterShare on Telegram

Sources said that Adhikari apprised Shah and Nadda about the sentiment prevailing in saffron cadre after the unsuccessful attempt to dislodge the Mamata Banerjee government in the Assembly polls.

The BJP’s central leadership had called Adhikari to Delhi and he reached on Monday night. On Wednesday, he is expected to meet Prime Minister Narendra Modi.

In the morning, Adhikari met Shah at his residence and discussed issues pertaining to West Bengal. After the meeting, Adhikari tweeted: “Discussed on several matters and seeked (sic) blessings for Bengal. Honourable HM assured, he was and he will be there for Bengal always.”

Later in the evening, Adhikari met Nadda at his residence. “Glad to meet the Honourable National President of BJP J P Nadda Ji. Discussed on the critical issues of Bengal and it’s solution. Be rest assured that the party is beside each and every karyakarta all the time,” he tweeted after the meeting.

Sources also said that Adhikari also briefed the BJP central leadership on the unrest in a section of leaders who joined the saffron camp before the Assembly polls and are now planning a return to the Trinamool Congress.

It is learnt that Adhikari also briefed the party central leadership on the post-poll violence against the BJP cadre. Sources said that plans for ensuring safe and secure return of cadres, who have taken refuge in other states after being attacked by Trinamool workers, also came up.