"As far as the state is concerned, we can clearly see a step-motherly treatment," said Reddy outside the Parliament.

398
VIEWS
Share on WhatsappShare on FacebookShare on TwitterShare on Telegram

“As far as the state is concerned, we can clearly see a step-motherly treatment,” said Reddy outside the Parliament.

With regard to the national highway, he said those states, Tamil Nadu, Kerala, West Bengal and Assam, which are going to the polls have been taken care of.

“This budget is looking like a budget to those states and the Central government has protected its interests where they lay. In everything, only West Bengal, Assam, Tamil Nadu, Kerala have received a project but not Andhra,” said Reddy.

In the case of Metro train projects as well, Kochi, Bengaluru, Chennai and Nagpur received budgetary allocations but not Vijayawada and Visakhapatnam, though we have been pleading from the time of bifurcation, he added.

Reddy said there was no mention of the Metro train projects in both these Andhra Pradesh cities.

“Atmanirbhar Bharat is not Atmanirbhar of Andhra Pradesh. We are not seeing any atmanirbhar or self-reliance for AP. There is no mention of the revised Central Water Commission recommended Polavaram Project estimate of Rs 55,656 crore,” he noted.

The MP said there was no clarity on the 1.55 lakh acres of land which is yet to be acquired, and no mention of any new railway projects for the southern state.

He said the state has been demanding allocation for the railway line between Kadapa and Bengaluru but that was also not mentioned.

Likewise, he said there was no mention of kisan rails for AP, even though the state is a heavyweight in fruit production and vegetables.

The YSRCP leader said there was no interest at all from the Central government regarding special category status (SCS) to AP. He recalled that it was the same with the earlier Congress government as well.

“They will say the 14th finance commission did not accept, which is actually not related to it,” he said. 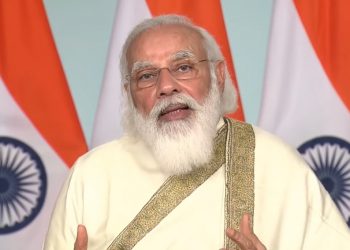