SP to take out cycle yatra in support of Azam Khan

Azam Khan has been lodged in Sitapur jail since February last year, after more than 86 cases of various thefts and land grabbing were lodged against him. 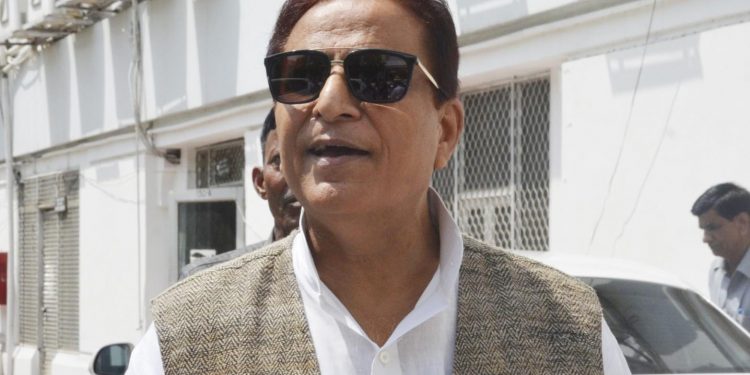 233
VIEWS
Share on WhatsappShare on FacebookShare on TwitterShare on Telegram

Lucknow,(Aryavarth) After more than one year, the Samajwadi Party has woken up to the ‘continued oppression’ of its senior leader and MP, Azam Khan.

The Samajwadi Party will now take out a ‘cycle yatra’ to highlight the issue.

Azam Khan has been lodged in Sitapur jail since February last year, after more than 86 cases of various thefts and land grabbing were lodged against him.

According to the party spokesman Rajendra Chaudhary, the yatra will begin from Rampur, the home district of Azam Khan, on March 13 and conclude on March 21 in Lucknow.

“The purpose of this yatra is to register public anger over the actions of the BJP government against the founder of Mohammad Ali Jauhar University and SP MP Azam Khan,” said Chaudhary.

Akhilesh Yadav will reach Rampur on March 12 and address a press conference at the Mohammad Ali Jauhar University and will also address a public meeting there.

Passing through Bareilly, Shahjahanpur, Lakhimpur and Sitapur, the ‘cycle yatra’ will reach the party headquarters in Lucknow where the party president will address workers.

Chaudhary said that senior leaders will flag off the yatra at different places all through the route.

“Azam Khan is an MP and former minister, his wife Tanzeen Fatima is an MLA yet they have been framed in cases. Azam Khan’s son Abdullah Azam has also been made an accused and ever since the BJP came to power, this family is facing continued problems. They are being framed in fake cases,” Chaudhary alleged.

The SP has been supporting Khan since the beginning, he said.

The Lok Sabha MP has set up the Jauhar university and taken steps towards spreading higher education and improving the lives of the youth, but he is being humiliated and harassed by the government, the spokesman alleged.