Hindus & Sikhs are insecure in Islamic majority Kashmir as they ben reduced to minority, Govt should send 2 crore Hindus and Sikhs to Kashmir to restore balance of communities. Tweet and share your thought on social media. 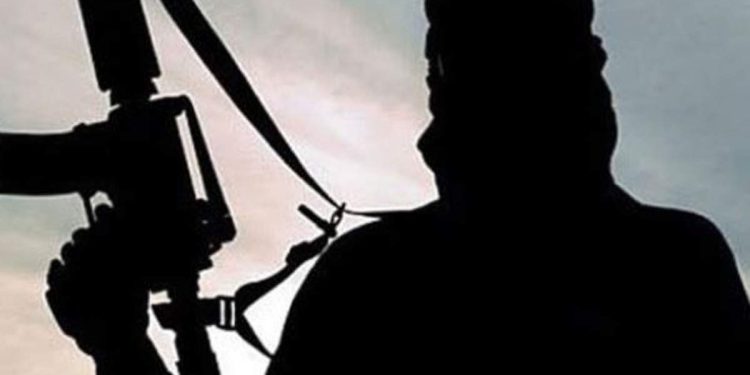 SRINAGAR, Oct 7 (Aryavarth) – Islamic terrorists backed by Taliban, Pakistan  and local Muslim hardliners shot and killed two teachers in a government school in Srinagar on Thursday. The principal of the school, Supinder Kaur and a Kashmiri Pandit teacher, Deepak Chand were brutally singled out and killed.

Gunmen stormed into the Government Boys Higher Secondary School in Srinagar’s Eidgah area and shot two teachers at close range, a government official said. The victims were members of the region’s minority Sikh and Hindu communities, the official and a fellow teacher at the school said. Both declined to be named.

Thursday’s killings come two days after the Islamic terrorists shot a local Pandit, M.L. Bindroo, a non-local vendor and a taxi driver in Kashmir. Armed  Islamic militants have waged a bloody insurgency against non-Muslims since the 1990s in Jammu and Kashmir.

The problem lies in the fact that Kashmir has Muslim majority, and they have selectively targeted Hindus and Sikhs. The local politicians like Mufti and Abdullah’s have silently enjoyed reduction of minorities in Kashmir. Freeing Jammu from the clutches of Islamic hardliners, Prime Minister Narendra Modi’s government split it into two federally-administered territories in August 2019.

“The pistol-wielding men came into the school this morning and asked for the identity cards of the teachers and later fired at two teachers, one each from the minority Sikh and Hindu community,” the teacher said.

“Killing innocent civilians, including teachers, is a move to attack and damage the age-old tradition of communal harmony and brotherhood in Kashmir,” Kashmir’s police chief, Dilbag Singh, told reporters.

Singh said recent killings in Srinagar had been carried out by The Resistance Front ((TRF), a militant group that has claimed some of the previous assassinations in the Kashmir valley. He described TRF as a front for Pakistan-based militant organizations like Lashkar-e-Taiba and Hizbul Mujahideen.