Replying to a discussion on demands for grants for the railway ministry for 2022-23 in Lok Sabha, the minister also said the railways has resolved the recent "misunderstanding" with regard to recruitment in a sympathetic manner. 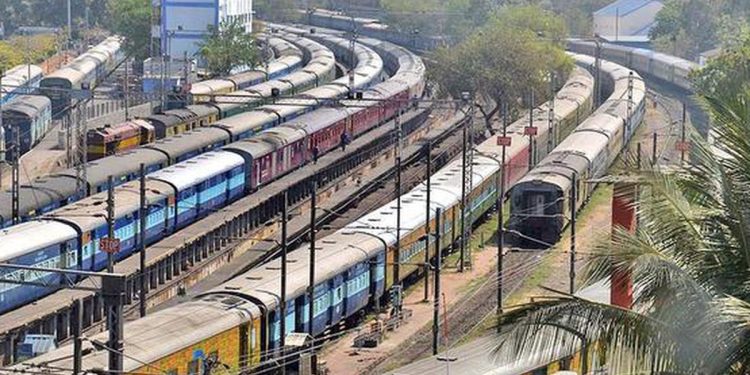 New Delhi,(Aryavarth) Railway Minister Ashwini Vaishnaw on Wednesday said the government has no plans to privatise the Indian Railways and opposition parties’ contention in this regard is hypothetical.

Replying to a discussion on demands for grants for the railway ministry for 2022-23 in Lok Sabha, the minister also said the railways has resolved the recent “misunderstanding” with regard to recruitment in a sympathetic manner.

“There is no ban on recruitment…recruitment is going on for 1.14 lakh vacancies,” he said while responding to various issues raised by MPs during the discussion.

Lok Sabha later approved the demands for grants for the railways with a voice vote.

During the discussion, several MPs had accused the government of trying to privatise the railways.

Vaishnaw also stressed there was no plan to privatise freight corridors either.

The railways will continue to fulfil social obligations, he said, adding Rs 60,000 crore subsidy is provided on passenger fares.

He further said if the social obligation is taken out, the operating ratio — a key parameter to gauge performance of an entity — of the Indian Railways will be about 85 per cent. However, it is currently little below 100.

Replying to issues related to the proposed bullet train between Mumbai and Ahmedabad, he said 99.7 per cent of the land acquisition in Gujarat segment has been completed, and 750 pillars have been constructed. The work on the bullet train project is progressing at a rate of 8 km per month, which will be increased to 10 km a month.

“Who says bullet trains cannot run on Indian land,” he said, while questioning the contention of the TMC.

Vaishnaw said as many as 18 railway projects are pending in West Bengal because of lack of cooperation from the state government.

The minister said efforts are being made to upgrade the speed of Vande Bharat trains to 200 km per hour from the current 160 km an hour. He said 400 such trains will be introduced in the coming years.

He also informed the House that the railways was working to increase availability of wagons which will improve the logistical cost for all sectors, including MSMEs and agriculture.

The minister also hit out at the opposition for picking holes in the functioning of his ministry, saying Indian Railways was reeling under “policy paralysis” during the UPA regime but it was put back on track after Prime Minister Narendra Modi came to power.

He slammed the opposition members for calling the government’s proposals as “propaganda” and “mungeri lal ke haseen sapne” (fanciful dreams).

The minister listed several other initiatives taken by the government to bring the Indian Railways back on track from what he termed “policy paralysis” during the UPA regime, and said average annual capital investment, which was one of the main problems, increased to Rs 99,511 crore from 2014-19 from Rs 45,980 crore in 2009-14.

He said that he takes opposition members’ suggestions “very seriously” but they should talk with facts.

The minister highlighted his ministry’s various achievements, including those related to electrification of railways and freight corridors, presenting facts and figures in the House.

“These are hard facts, actual achievements. Is this a propaganda?” he asked and hit out at the opposition, saying that the “problem with them is something else. This is the problem with their party. While our prime minister is working day and night to build the nation, nobody knows when and where their leaders go on vacation”. 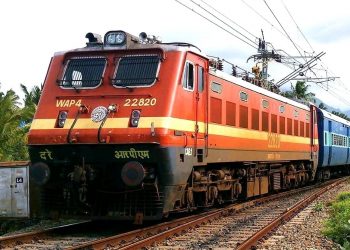