Sharma also said he was confident that the BJP would return to power with even more seats under the leadership of Yogi Adityanath and Swatantra Dev Singh. 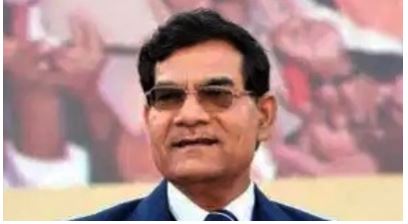 Lucknow,(Aryavarth) The newly appointed BJP state vice-president Arvind Kumar Sharma, has sent a letter to party state president Swatantra Dev Singh, saying that the name and patronage of Prime Minister Narendra Modi were enough for the BJP to win the coming Assembly elections in Uttar Pradesh.

Sharma, a bureaucrat turned politician, said that Modi was ‘still loved and as popular’ as he was in 2013 -2014.

Sharma also said he was confident that the BJP would return to power with even more seats under the leadership of Yogi Adityanath and Swatantra Dev Singh.

The letter and the relevance of its contents, at a time when speculations of intense infighting within the state BJP are doing the rounds, have left political experts reading between the lines.

“Where was the need to write a letter to assert that Modi is as popular as before and his name alone can ensure a victory for the party? Surely Sharma is not naive as a politician and knows what and why he has written the letter,” said a senior journalist.

Incidentally, another cabinet minister in the Yogi Adityanath government, Swami Prasad Maurya, has said that the choice of chief minister would be decided by the party high command if the BJP returned to power.

Deputy Chief Minister Keshav Maurya has repeatedly maintained that the ‘face’ of the party in the Assembly elections, due next year, would be decided by the party high command.