Modi was perhaps referring to the three tapes that had surfaced in relation to the coal smuggling in which money was allegedly being received (up to Rs 35 crore) by Mamata Banerjee's nephew Abhishek Banerjee every month as part of 'cut-money' via a syndicate racket. 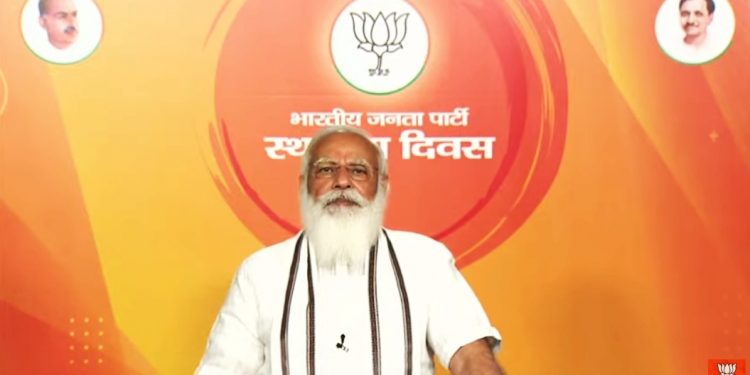 202
VIEWS
Share on WhatsappShare on FacebookShare on TwitterShare on Telegram

Kolkata,(Aryavarth) Referring to a new audio tape that the BJP had released a few days back, Prime Minister Narendra Modi said on Tuesday that West Bengal Chief Minister Mamata Banerjee’s defeat is on the cards, as he coined a new slogan — ‘Chalo Paltai’ (let us make the change) — and urged the people to vote for the saffron party in the ongoing Assembly elections for a new and better government.

Modi was perhaps referring to the three tapes that had surfaced in relation to the coal smuggling in which money was allegedly being received (up to Rs 35 crore) by Mamata Banerjee’s nephew Abhishek Banerjee every month as part of ‘cut-money’ via a syndicate racket.

In the alleged audio tapes, a conversation between Ganesh Bagadiya, who is said to be a close aide of one Anup Majhi, an accused in the coal smuggling case, and a government official is claimed to be heard.

Addressing a public meeting in Cooch Behar, the Prime Minister said, “For 10 years, women, Dalits, backward classes, farmers and tea graden workers were subjected to injustices, but ‘Didi’ (Mamata Banerjee), you were just an onlooker. There is a new tax that has started in Bengal — ‘Bhaipo Service Tax’! When the women have to struggle for their food, when a youth has to struggle for a penny here, Rs 35-40 crore is coming every month. For this reason, today a voice is coming from every corner of the state — ‘Chalo Paltai, Chalo Paltai’.”

“When your party announces that Didi will now contest from Varanasi, then anyone can easily understand that Trinamool is going to fade away. Every day you have to say that you are winning Nandigram. But after the game you played on the polling day in Nandigram, the entire country got to know that you have lost. Didi, your anger, your resentment, your behaviour and your speech describe that you have lost the elections,” Modi said.

Taking a jibe at Banerjee, the Prime Minister said, “I heard that Didi is asking questions these days about whether the BJP is God so that it comes to know about the big victory in the first two phases. Oh, Didi…We are ordinary people, and with the blessings of God, we are committed to serve the nation.

“There is no need to trouble God to find out who is losing in the elections and who is winning. ‘Janata Janardhana’ (public) is the form of God. On seeing the temperament of the people, one can gauge which way the wind is blowing.”

Rationalising Banerjee’s defeat, the Prime Minister said, “When she says ‘Sab Muslim ek ho jao’ (All Muslims should come together), it proves that the vote-bank which she considered as hers is no more with her. This proves that she is going to lose the elections.

“In the first two phases of polling, Didi’s departure has already been confirmed. People in huge numbers have come out and voted in our favour. The wave of the BJP in Bengal has cornered Didi’s goons and her nephew,” the Prime Minister said. 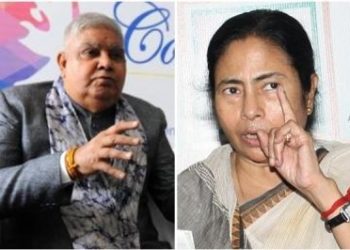 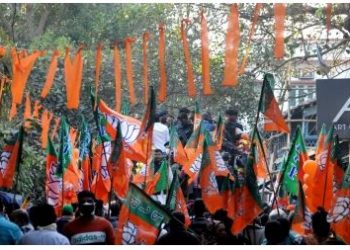 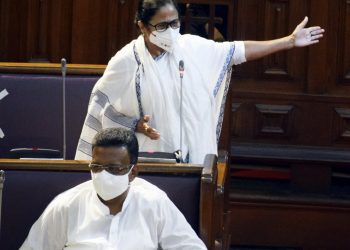