With this development, incumbent Legislative Council chairman, K. Pratapchndra Shetty, likely to resign from his post sooner than anticipated as the ruling BJP had moved a no-confidence motion once again two days ago against him which is most certain to be supported by the JD (S). 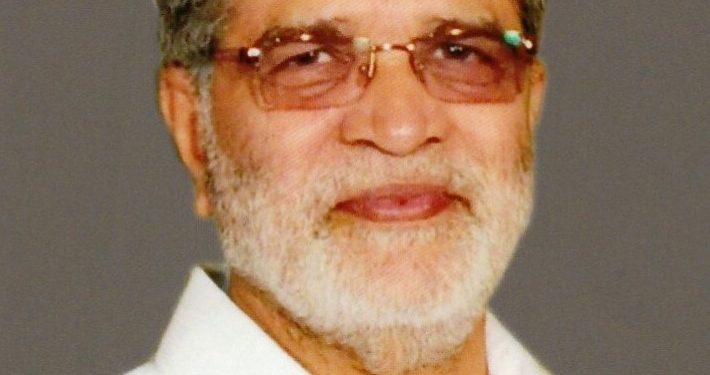 182
VIEWS
Share on WhatsappShare on FacebookShare on TwitterShare on Telegram

Bengaluru (Aryavarth) The ruling Bharatiya Janata Party (BJP) has joined hands with the Janata Dal (S) to wrest the Karnataka Legislative Council Chairman’s post from the Congress during a week-long Legislature Session that is starting from Thursday.

The BJP announced its decision on Wednesday to appoint its member, M. K. Pranesh, as its nominee for the deputy chairman’s post.

Pranesh will be filing his nomination to the vacant post (deputy chairman) on Thursday and he will be elected on Friday, a senior BJP leader told IANS.

With this development, incumbent Legislative Council chairman, K. Pratapchndra Shetty, likely to resign from his post sooner than anticipated as the ruling BJP had moved a no-confidence motion once again two days ago against him which is most certain to be supported by the JD (S).

Shetty had expressed his desire to resign prior to December 15, 2020 itself, but due to the insistence of Congress Legislature party leader, Siddarmaiah, he had continued in the post. Even after December 15 ruckus he thought of resigning, but the then deputy chairman S.L. Dharme Gowda’s body was found scattered on railway track on December 29, 2020.

In the wake of deputy chairman’s post remaining vacant, Shetty in one of his press conference last week countered the media persons asking whom should he submit his resignation, even if he wished to resign?

“With Gowda’s untimely death, I am stuck here, I am waiting for his post to be filled,” he had stated.

Earlier in the day, on Wednesday, JD(S) party’s senior leader, Basavaraj Horatti met Karnataka Chief Minister B. S. Yediyurappa at his official residence, Cauvery, and sought his and his party’s support to elect him as the Legislative Council chairman, while the BJP can appoint its MLC for the deputy chairman’s post, that was held by the JD(S) until its leader, S. L. Dharme Gowda allegedly committed suicide.

After his meeting with the CM, Horatti told reporters that JD(S) supremo H. D. Deve Gowda had already spoken to Prime Minister Narendra Modi and BJP president J. P. Nadda and sought their and their party’s support to appoint JD(S) party’s candidate as the chairman.

“I am meeting Chief Minister Yediyurappa only after our (JDS) 13 MLCs, (Party supremo) Deve Gowda and (party second-in-command) Kumaraswamy had held discussions and decided to demand for the chairman’s post to the JD(S) and to support them (BJP) for the deputy chairman post, and sought their support,” he said.

He quickly added that Yediyurappa had told him that the BJP’s decision will be communicated to the JD(S) leadership after discussion with their party MLCs and leaders concerned.

Pointing out at the reported discussions held between his party supremo Deve Gowda and Prime Minister Modi and Nadda, Horatti said that Nadda had already asked for his bio-data which has been sent.

“He (Nadda) has told (Deve) Gowda that their decision will be communicated to the party (BJP) state president,” he said adding that he has experience, seniority and trust of MLCs of all parties to conduct the proceedings of the Legislative Council as its chairman.

Speculation is rife in BJP circles that the ruling party may agree to support Horatti, in return for the regional party’s support in its move to oust Shetty and passage of certain key bills, and will settle for deputy chairman post.

On December 15, 2020, both the BJP and the JD(S) had come together to oust Shetty as Chairman, who is Congress party nominee but went awry with members of the BJP, the Congress and the JD(S) almost coming to blows and BJP’s notice of no-confidence motion was rejected on technical grounds.

Amid the ruckus on December 15, the then deputy chairman S. L. Dharme Gowda was even shoved, pushed and pulled down from the Chair, who had occupied the Chair even before the quorum bell went off and a section of the BJP members closed doors of the exclusive gate through which the chairman enters and exits.

Currently the ruling BJP is the single largest party in the Council with 31 seats, followed by Congress with 29 including the chairman, JD(S) 13, one independent and one vacant (due to death of Dharme Gowda).