Showik said that there was electronic evidence to show that the applicant's sister (Rhea) was in fact trying her level best to rid the late actor Sushant of his alleged drugs-consuming habit by consistently restricting the doses he had access to. 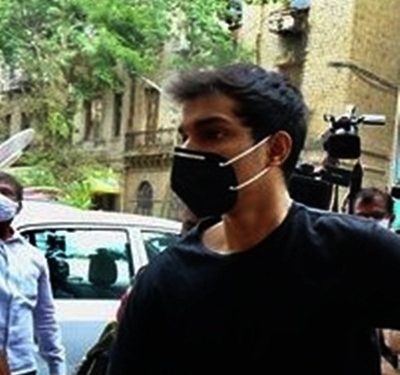 676
VIEWS
Share on WhatsappShare on FacebookShare on TwitterShare on Telegram

Mumbai,(Aryavarth) Arrested over two months ago on peddling charges, actress Rhea Chakraborty’s brother Showik Chakraborty has moved a fresh bail plea in a special court in an NDPS case, his lawyers said here on Saturday.

The special NDPS court is likely to hear his bail plea next week, which was earlier rejected by the same court, Metropolitan Court, and the Bombay High Court, his lawyer Satish Maneshinde said.

Showik, 24, was arrested on September 4 by the Narcotics Control Bureau (NCB), which is probing the drugs angle to the death of Bollywood actor Sushant Singh Rajput at his Bandra home on June 14.

Rhea, who was arrested in the same case later, was granted bail by the Bombay High Court on October 7.

Currently lodged in Taloja Central Jail in Raigad, Showik has pointed out how he had been falsely implicated in the case and that no drugs were seized from him during the investigations.

“In the facts and circumstances of the present case, there has been no recovery of drugs in commercial quantity from the applicant… all allegations pertain only to small quantities, and hence the embargo imposed by Section 37 of the Narcotic Drugs and Psychotropic Substances Act, 1985 will not be applicable,” he said in his bail plea.

Filed through Maneshinde, the bail application pointed out: “That the allegations against the applicant (Showik) will at the most make out a case of purchase of small quantities of drugs, which is in essence a bailable offence. There is not a shred of evidence to connect the applicant with the financing of any illicit traffic or harbouring any offenders and hence the ingredients of Section 27 of the NDPS Act, 1985 are not made out in the present facts and circumstances.”

Showik said that there was electronic evidence to show that the applicant’s sister (Rhea) was in fact trying her level best to rid the late actor Sushant of his alleged drugs-consuming habit by consistently restricting the doses he had access to.

She had also discussed her concerns regarding the late actor combining his habit of consumption of drugs with prescription medicines with his doctor, namely Kersi Chavda, but the late actor as an adult had his own mind and took the ultimate decision, said the plea.