Even Gaddafi, Saddam Hussein used to have elections: Rahul

"Saddam Hussein and Gaddafi used to have elections and used to win them. It wasn't like there was no voting but there was no institutional framework to protect that vote. 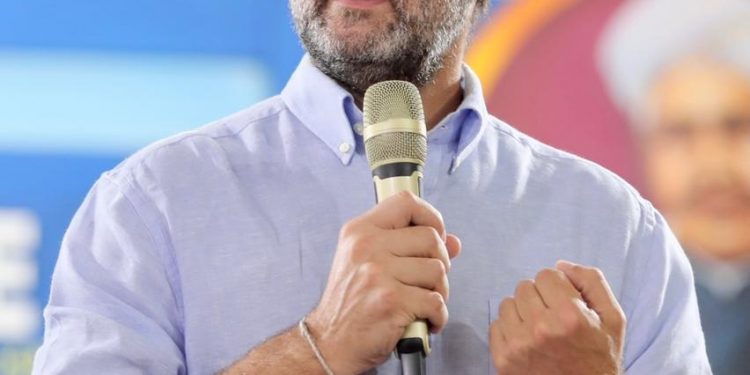 403
VIEWS
Share on WhatsappShare on FacebookShare on TwitterShare on Telegram

New Delhi,(Aryavarth) Elections are not just about voting, Congress leader Rahul Gandhi said, noting that even Iraq’s Saddam Hussein and Libya’s Muammar Gaddafi used to have and win polls.

“Saddam Hussein and Gaddafi used to have elections and used to win them. It wasn’t like there was no voting but there was no institutional framework to protect that vote.

On criticism of India by certain foreign groups and institutions, Gandhi said: “We don’t need foreign institutions to certify this… they have their views and frankly we don’t need a stamp from them. But what they saying is correct, the situation is much worst than they imagine.”

He alleged that be it the parliament, judiciary or the media, there is a constant onslaught on the institutions by the current government.

On the ‘G-23’ letter and subsequent meeting of the ‘dissident’ leaders in Jammu, Gandhi said that it is because that Congress has internal democracy, they can speak.

“There is a group of about 20 people in the Congress who have different views but do you think they can exist in the BJP, the BSP or the TMC… No, they cannot exist in any other party except the Congress,” he said.

He also said that his biggest problem with the BJP and the RSS is that they have no capacity to look inside themselves.

He also said that he is being attacked by the BJP “despite nobody from my family being a Prime Minister from the last 30 years but there is an obsession that somehow we are in power”.

On his defeat in 2019, he said massive polarisation in north India with total financial and social dominance could be some of the reasons.