An ED official said that the agency has attached properties in the form of movable and immovable assets worth Rs three crore pertaining to Ghosh, Roy and Mukherjee in the Saradha chit fund case. 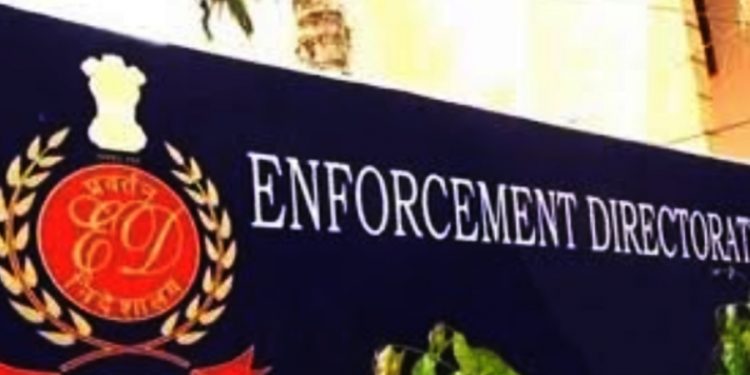 98
VIEWS
Share on WhatsappShare on FacebookShare on TwitterShare on Telegram

New Delhi/Kolkata,(Aryavarth) Raising the political temperature in poll-bound West Bengal, the Enforcement Directorate (ED) on Saturday said that it has attached properties worth Rs three crore in the Saradha chit fund case of Trinamool Congress leaders Kunal Ghosh and Lok Sabha MP Satabdi Roy and then director of the group Debajani Mukherjee.

An ED official said that the agency has attached properties in the form of movable and immovable assets worth Rs three crore pertaining to Ghosh, Roy and Mukherjee in the Saradha chit fund case.

The ED action comes a month after it questioned Ghosh on March 2 this year in connection with the case.

According to ED officials, Ghosh, who is a former Rajya Sabha MP from the Trinamool Congress and was also the CEO of media group Saradha, had allegedly received funds from the Saradha group to head the media unit.

Ghosh was earlier interrogated by the agency in connection with the case in July 2019 and in October 2013.

Roy is a Trinamool Congress Lok Sabha member from Birbhum parliamentary constituency and according to the ED she was brand ambassador in Saradha.

According to the ED, Mukherjee was a director in the Saradha Group of companies.

The official said that the ED has so far attached properties having a market value of more than Rs 600 crore during its money laundering probe.

The Saradha scam came to light in April 2013 and is estimated at over Rs 10,000 crore. The ED has filed a case on the basis of the CBI’s FIR.

The ruling Trinamool Congress and the BJP are engaged in a bitter war of words in West Bengal as the state heads for Assembly polls.

Polling for the 294-member House is scheduled in eight phases from March 27 to April 29. Till date 60 assembly constituencies have voted in the first two phases. Counting of votes will take place on May 2.