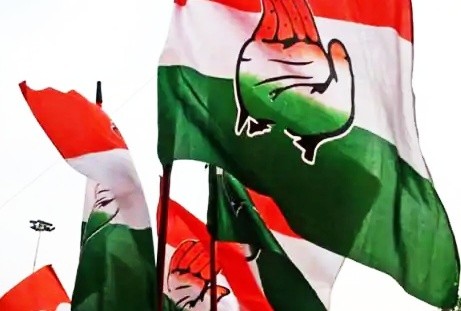 New Delhi, Nov 22 (Aryavarth) With the Congress’ internal crisis deepening since the Bihar rout, the dissenter’s group is pushing for early elections in the party, even as its Central Election Authority is preparing for the list of the electoral college.

Speaking on the condition of anonymity, one amongst the dissenters’ group noted that “we are raising this issue from last 6 years but nothing has changed”.

While prime movers of the letter Kapil Sibal and Ghulam Nabi Azad have stressed for dialogue and changing the functioning of the party, including holding elections to the Congress Working Committee (CWC) – the highest decision-making wing of the party, the dissenters, in their letter, have demanded elections to party posts at all levels.

The dissenting leaders want fresh organisational elections from block to the CWC level to rejuvenate the cadres. While the CEA has met twice to set the ball rolling for elections and has sought the list of the AICC members, the G23 — as the original group of dissenters is known, wants that process of AICC members’ elections should be done first as the old system of nomination should be done away with, and the election of the party President should be done only after new AICC members are elected.

They have also sought the revival of the parliamentary board which is defunct.

After Sibal spoke out publicly in wake of the recent Bihar and bypoll results, a few of the dissenters have been adjusted in the party structure, with Azad, Anand Sharma, and P. Chidambaram made members in committees headed by former Prime Minister Manmohan Singh.

The Congress has said that while its CEA is preparing to conduct elections for party President and the procedure could start from January, an AICC session may also be called but dates have not been decided yet due to Covid.

The party is facing an internal crisis with many senior leaders coming out in the open to criticise the leadership and decision-making. These party leaders claimed that support for the “revival” has swelled up to more than 50, as the chorus for immediate reforms has fired the imagination of all those who want what’s best for the Congress.

The party leaders are miffed with the way the Bihar polls were handled by the party and recent defeats in the bypolls widened the chasm in the party.