The Congress-led grouping had six parties when it was formally announced on January 19. The BPF, a former ally of the ruling Bharatiya Janata Party and the Bihar's RJD joined later. 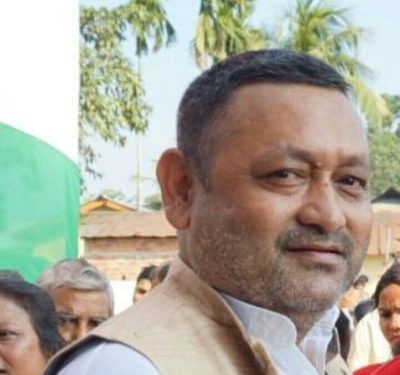 301
VIEWS
Share on WhatsappShare on FacebookShare on TwitterShare on Telegram

Guwahati,(Aryavarth) Weeks before the Assam assembly polls kick off on March 27, the Congress got a shot in the arm as two more local parties joined the party-led ‘Mahajot’ (grand alliance), taking the number of its constituents to 10.

Congress state General Secretary Diganta Chaudhury on Sunday said that two community-based parties – the Jimochayan (Deori) People’s Party (JDPP) and the Adivasi National Party (ANP) joined the grand alliance. The Congress, which was in power in the state for 15 years from 2001 until it was unseated by the BJP-led alliance in 2016, has formed a ‘Mahagathbandhan’ or ‘Mahajot’ with three Left parties – the CPI-M, the CPI and the CPI-ML — as well as the All India United Democratic Front (AIUDF), the Anchalik Gana Morcha (AGM), the Bodoland People’s Front (BPF) and the Rashtriya Janata Dal (RJD).

The Congress-led grouping had six parties when it was formally announced on January 19. The BPF, a former ally of the ruling Bharatiya Janata Party and the Bihar’s RJD joined later.

The three regional parties — the AIUDF, the BPF and the AGM — have a base among the Muslims and indigenous people while the JDPP and the ANP claim to have some influence in 50 of Assam’s 126 Assembly seats.

According to the Congress leaders, both the JDPP and ANP would not put up any candidates, but would support the nominees of the Mahajot.

Three of the grand alliance constituents had won seats in the 2016 Assembly elections. While the Congress, which had contested alone, won 26, the AIUDF bagged 13 and the BPF 12.

The BJP had contested in 2016 in alliance with the Asom Gana Parishad (AGP) and the BPF and came to power becoming the single largest party with 60 seats, while its allies AGP and BPF had won 14 and 12 seats, respectively.

However, the BJP, after the Bodoland Territorial Council polls in December last year, had forged an alliance with new ally United People’s Party Liberal (UPPL) after discarding incumbent partner BPF, which on February 28 joined the Mahajot.