Concerned for party, don’t want to weaken it, says Sharma

While Anand Sharma maintained that there should be civilised dialogue after Congress leader Adhir Ranjan Chowdhury criticised him for questioning the alliance with the Indian Secular Front (ISF). 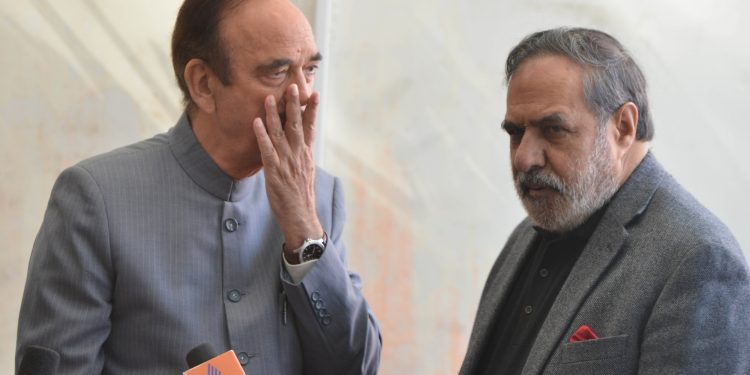 308
VIEWS
Share on WhatsappShare on FacebookShare on TwitterShare on Telegram

New Delhi, (Aryavarth) After the Congress asked the leaders to join hands to fight against the Bharatiya Janata Party (BJP) in elections, the dissenting camp leader Anand Sharma said that he is concerned for the party and don’t want to weaken it and has utmost respect for party’s interim chief Sonia Gandhi.

The infight in the party is getting intense as the Rahul Gandhi loyalists and the dissenters are at loggerheads.

While Anand Sharma maintained that there should be civilised dialogue after Congress leader Adhir Ranjan Chowdhury criticised him for questioning the alliance with the Indian Secular Front (ISF).

Anand Sharma said that the statements of the dissenting leaders should be understood in right context and their motive is to strengthen the party not weaken it. He said he is committed to work as per the party’s ideology which has democratic and secular credentials.

The Congress leader said, “In the upcoming Assembly elections, we would wish each Congress candidate with the best wishes and will campaign wherever the party will ask.”

Earlier on Tuesday, the Congress has asked the dissenting leaders to join hands with the party to combat the BJP and clarified about the alliance with the ISF and Left.