4,291 cases in 23 States and Union Territories were linked to the Markaz event held in Delhi’s Nizamuddin area in March, as per the Union Health Ministry 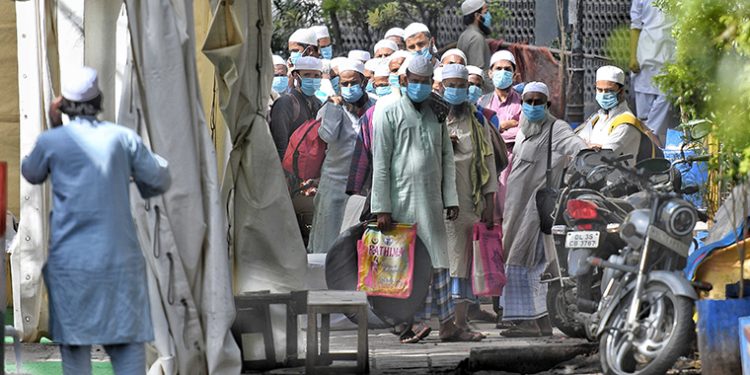 New Delhi, Aug 6 (Aryavartha) The Centre on Thursday informed the Supreme Court that foreign nationals, against whom criminal proceedings are pending in connection with the Tablighi Jamaat congregation in New Delhi, are free to leave the country after tendering an apology.

The submission was made by the Centre during the hearing of a plea by 34 foreign nationals seeking deportation to their home countries.

A bench of Justices A.M. Khanwilkar and Dinesh Maheshwari noted that Solicitor General Tushar Mehta, on instructions, submitted that the look-out notices issued against the petitioners stand withdrawn.

“In other words, the concerned petitioner(s) will be free to leave India, subject to any other pending proceedings including order passed by the court requiring his/her presence in the stated proceedings,” it noted.

Mehta contended before the bench that in all fairness, if the petitioners concerned tender apology, as envisaged by the Madras High Court in the criminal case concerned, they can be permitted to leave India despite the pendency of the criminal case but subject to such orders that may be passed by the trial court concerned.

He also informed the bench that so far only 10 petitioners have decided to contest the criminal cases pending against them and are not willing to exercise the option of plea bargaining.

At this, the top court said that the criminal cases concerning these 10 petitioners pending in different trial courts in Delhi be brought before the same court hearing criminal case arising out of FIR number 63 of 2020, so that all the cases can be disposed of expeditiously.

“Accordingly, we direct transfer of stated cases to the Chief Metropolitan Magistrate, South-East Delhi, Saket Court Complex, as suggested and direct the said court to dispose of all the cases expeditiously, preferably within eight weeks from today,” said the top court.

The bench has scheduled the matter for further hearing after eight weeks.

More than 30 petitioners, who moved the top court, submitted that they had to forfeit their passports to the administration after the registration of the FIRs, which led to deprivation of personal liberty, without following procedure established under law.

Initially, the Ministry of Home Affairs had blacklisted 960 foreign nationals who had attended the Tablighi Jamaat event. Later, the Centre said 2,765 foreigners have been blacklisted. 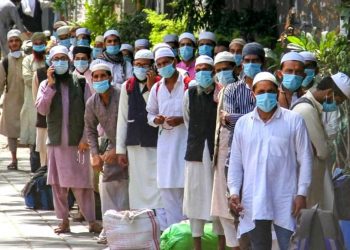