BJP Government in Haryana at risk as JJP issues ultimatum 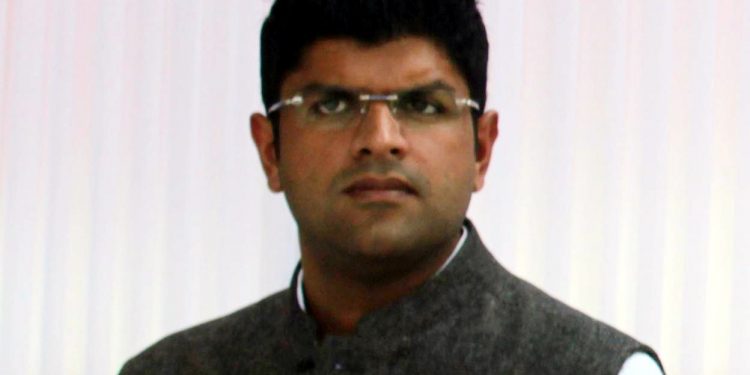 New Delhi, Dec 2 (Aryavarth) Amid the ongoing farmers’ protest against agriculture laws, Jannayak Janata Party (JJP), an ally of the Bharatiya Janata Party (BJP) in Haryana, sent out a strong warning to the BJP. Till party chief Dushyant Chautala is Deputy Chief Minister of the state, he won’t let the minimum support price (MSP) be discontinued, said a party spokesperson.

If farmers had to suffer due to MSP, Chautala will resign from his post, the party said.

It has also asked the Centre to resolve the demands of the farmers related to MSP as soon as possible.

JJP’s national spokesperson Prateek Som told IANS, “We want to assure farmers that MSP will not be discontinued till Dushyant Chautala is the Deputy Chief Minister of the state. Still, if the farmers suffer due to the MSP, he will be the first to resign. The JJP is always with the farmers.”

“The JJP has asked the Central government to consider the demands of the farmers. It is important to get an assurance from the government on MSP. We are hopeful that the Centre will talk to the farmers and resolve the issue soon so that the deadlock can be broken,” he added.

Earlier, National President of the JJP and former MP Ajay Singh Chautala had asked the Centre to bring a law on MSP. He said in a statement on Tuesday, “Considering the demands of the farmers, the Centre should find a solution by consensus. The government must solve the problems of the agitating farmers at the earliest. The Centre should also consider inclusion of the MSP in the Act.”

The JJP, which supported the BJP in Haryana to form the government, banks on the votes of Jats and farmers. According to sources, party leaders have supported the farmers’ protest in the state since it doesn’t want to lose its core constituency. Dushyant Chautala has announced that farmers’ interests won’t be compromised till he is the Deputy CM.