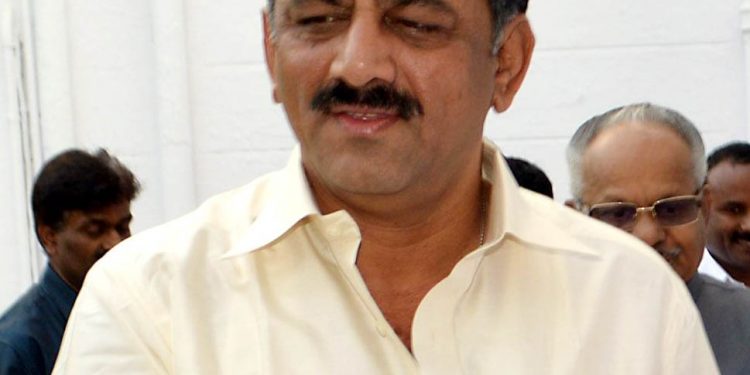 934
VIEWS
Share on WhatsappShare on FacebookShare on TwitterShare on Telegram

Along with RR Nagara, Sira assembly constituency in Tumkuru is also going to polls on November 3.

The bypoll to RR Nagara was necessitated when Muniratna resigned from Congress to join BJP in 2019. He contested on Congress ticket in the 2018 assembly polls.

As part of the ruling BJP strategy, 17 disgruntled Congress and JD(S) MLAs resigned to bring down the Congress-JD(S) coalition government headed by H. D. Kumaraswamy to enable present chief minister B. S. Yediyurappa to take over the state’s reins.

Speaking to reporters, Shivakumar appealed to the Chief Election Commissioner to disqualify Muniratna from elections as he had clandestinely added the names of Tamil Nadu and Andhra Pradesh voters illegally into the electoral rolls.

He further claimed that a bogus voters’ list was created by adding names of 56 voters in a single house in the constituency.

“Additional bogus voters were included in the name of some voter’s addresses. Officials were involved in the generation of fake voters’ list,” the KPCC president charged.

Apart from this, the KPCC president, also filed a complaint with the Bengaluru city police commissioner against police officials and others for their corrupt practices in the constituency.

He added that the BJP candidate Munirathna was influencing the police to give support and cooperation to leaders and workers of the BJP for distribution of money to voters.

He alleged that local police officials Srinivas Reddy, Venkatesh Naidu (ACPs) and Mukram, Baira Reddy, Guruprasad, and Lohit (all circle inspectors) have been found supporting the BJP cadre and helping them to transport cash in police vehicles to various places in the constituency.

“The police support to the ruling BJP candidate is nothing but a criminal intimidation by the police to help the BJP and damage the Congress candidate in the election,” he said and demanded action against the police.