Are Coaching Centres the New Playground for Jihadis & Urban Naxals?

Raising a voice is permitted in a democracy. Still, not vandalism and violence said National Security Advisor Ajit Doval on Tuesday in the wake of widespread violence against the recently announced Agnipath military recruitment scheme. 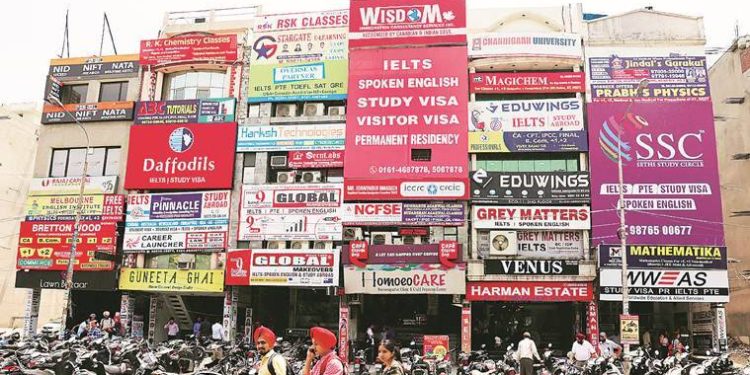 Are Coaching Centres the New Playground for Jihadis & Urban Naxals

New Delhi, (Aryavarth) —  “I think that the protests, raising your voice is justified and is permitted in a democracy. But this vandalism, this violence is not permitted and will not be tolerated at all,” Doval told a news agency in an exclusive interview.

Union Defence Minister Rajnath Singh, on June 14 announced the ‘Agnipath scheme’, which allows Indian youths to serve in the regular cadre of the Armed Forces for four years.

Coaching centres, which train youth for the defence services, came under probe agencies’ scanners for instigating violence through WhatsApp groups.

“FIRs have been lodged, accused have been identified, after the due probe, we can say who were the forces behind it. An investigation must be done and thoroughly so,” Doval said while referring to the protests and the involvement of some coaching centres in violence over the Agnipath scheme.

As the anti-Agnipath protests spilt over to various states, the Centre and the service chiefs clarified that the scheme has been designed to enable a youthful profile of the Armed Forces, adding that it will provide an opportunity to the youth who may be keen to don the uniform by attracting young talent from the society who are more in tune with contemporary technological trends and plough back skilled, disciplined and motivated workforce into the community.

This is a significant defence policy reform introduced by the Government to usher in a new era in the Human Resource policy of the three Services, the service chiefs reiterated.

Allaying the fears of the aspirants regarding the Agnipath scheme, Doval said that the youth fear the unknown, adding that “misunderstandings are created– may be deliberately or lack of understanding.”

“Reforms are needed for a better future. We are a young nation with the oldest army. When PM Modi came to power in 2014, one of his prime priorities was how to make India secure and strong. That required many avenues, many steps – a multitude of them,” Ajit Doval added.

When asked about people expressing fear of Agniveers becoming mercenaries of violence after being released from Services, Doval said, “It’s invalid. I can tell that if there’s any guarantee in the society to keep peace and stability, the civilian population must become law-abiding.”

The National Security Advisor assured that the future of ‘Agniveers’, those exiting the defence services after a four-year stint, will stand in better stead.

“They will be young. They will have certifications and skills. They will have money which they can invest. They need not worry about a future after completing their Agnipath term,” said the National Security Advisor.

“People don’t go into Army for money but with a passion for serving the country. If you don’t have the mentality to serve your country, then the Army is not for you,” Doval said in his message to the protesting youth.