After new LoP, Cong gets ready for next round of revamp in Kerala

As a result of the revamp, the AICC is now going forward to appoint 14 new district Congress Committee presidents, replacing the present ones. 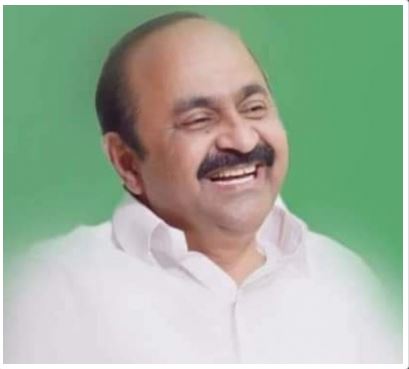 Thiruvananthapuram,(Aryavarth) As the first step to revamp the Congress party in Kerala, a new Leader of Opposition – V.D. Satheesan has been appointed and the AICC is now starting to tinker with the party organisation structure in the state.

As a result of the revamp, the AICC is now going forward to appoint 14 new district Congress Committee presidents, replacing the present ones.

The first resignation came on Wednesday, when Palakkad Lok Sabha member V.K. Sreekantan before being asked to quit, put in his papers as Palakkad district Congress Committee president.

The AICC, has been upset in the way the faction ridden party in Kerala has been going about things and it was this factionalism which resulted in one of the biggest electoral setbacks that the party suffered in the April 6 assembly polls.

Over the past nearly two decades, the party in Kerala has been divided between two time former Chief Minister Oommen Chandy and outgoing Leader of Opposition Ramesh Chennithala.

In Kerala the practice has been — no incumbent government has ever retained power under normal circumstances and when the Congress led UDF was supremely confident of regaining power, it was routed badly by the Pinarayi Vijayan led Left.

Even though the AICC did intervene and bring in around 50 new candidates in the April 6 polls, it failed to make any impact as barring two, all the others lost.

The AICC was also upset that even after a massive rout, neither the Leader of Opposition Chennithala nor the State president Mullapally Ramachandran offered to quit.

And what surprised the AICC was when the two member delegation that arrived here to personally meet each of the 21 party legislators, again it was the combined strength of Chandy and Chennithala was visible, when a majority of the legislators demanded that Chennithala should allow to continue as Leader of Opposition.

But the AICC decided to act and opted for V.D. Satheesan who managed to get only 5 legislators rooting for him, while Chennithala got a huge majority of the legislators supporting him.

A source in the know of things said the new Committee appointed by the AICC to find the reason for the rout, Ashok Chavan has already started talks with the party leaders here and the first step of disbanding the present 14 district PCCs is a part of this.

Even though the axis of Chandy and Chennithala will continue to exert pressure to get their nominees as the new district chiefs, it remains to be seen how the AICC will go about it and all eyes are on who would be the new State party chief who will be replacing Ramachandran.

For the top post, already K. Sudhakaran and K. Muraleedharan (both Lok Sabha members) have thrown their hat, but like the AICC did their own selection, will they have the last word, or would it be the new found alliance of Chandy and Chennithala who will have the last say.