More than half of the 73 lakh electorate in the 30 Assembly constituencies had already cast their vote and sealed the fate of 191 candidates who are in the fray on the first day of the eight-phase elections in the state underway in five districts. 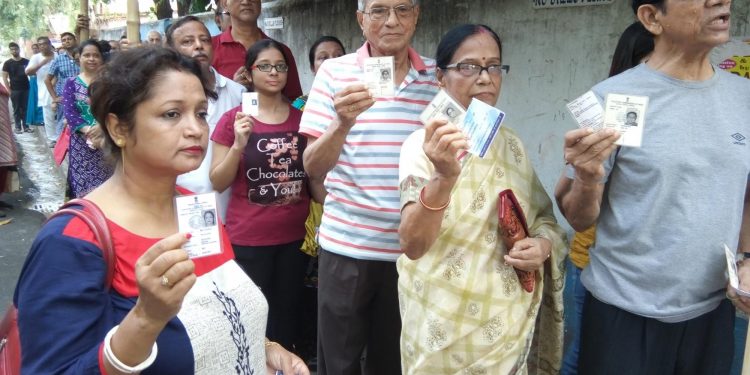 564
VIEWS
Share on WhatsappShare on FacebookShare on TwitterShare on Telegram

Kolkata, (Aryavarth) Eight hours after voting began for Assembly polls on Saturday, West Bengal seems to be showing an unprecedented enthusiasm for the electoral exercise, with around 55.76 per cent voter turnout already recorded in the first phase of polling.

More than half of the 73 lakh electorate in the 30 Assembly constituencies had already cast their vote and sealed the fate of 191 candidates who are in the fray on the first day of the eight-phase elections in the state underway in five districts.

There have been reports of EVM malfunctioning at more than 60 booths and allegations of violence.

The serpentine queues showed people are aware of the importance of the crucial poll that is seeing a bitter battle between the ruling Trinamool Congress-led by Chief Minister Mamata Banerjee and the BJP that has pitched every high-profile leader into campaigning.

The voters also have 21 women candidates to choose from in the first phase.

In East Midnapore, two security personnel were reportedly injured in a firing incident that took place early Saturday at the Satsatmal, Bhagwanpur Assembly constituency ahead of voting. Tension prevailed in the Tulsidi village where the incident took place. Security forces are keeping a close vigil in the area, surrounded by forests that were once Maoist hideouts.

There were reports of EVM malfunctioning at 20 booths in Bankura district, eight in Jhargram and 39 in Purulia. EVMs in various booths had stopped working temporarily due to a technical glitch. People said they had to wait for more than two hours to cast their ballot.

In Purulia, allegations were raised by the Bharatiya Janata Party (BJP) against a former minister and Trinamool candidate of purportedly distributing cash among voters. The BJP has filed a complaint with the poll body.

Suvendu Adhikari’s brother and BJP leader Soumendu Adhikari accused Trinamool Block President Ram Govind Das and his wife for poll rigging at three polling booths, saying “my arrival here created a problem for them to continue with their mischief, so they attacked my car and thrashed my driver”.

Dibyendu Adhikari, another of the Adhikari siblings, told the media he got to know that his brother’s vehicle was attacked in Contai with the help of Trinamool Block President Ram Govind Das. “Soumendu isn’t injured. Driver was beaten up. I’ve informed the Police Observer.”

Polling began at 7 a.m. amid tight security for the first phase when the Jungal Mahal area in the south-western fringes that is said to be Maoist-affected, also voting. The polling will end at 6 p.m.

The polls are being closely watched because of prestige battle between Suvendu Adhikari, a former Trinamool Congress man, who is now facing his erstwhile supremo Mamata Banerjee in Nandigram.

West Bengal BJP President Dilip Ghosh cast his vote at a polling booth in Jhargram during the polling.

Compared to first two hours in the morning, the number of voters increased manifold in the afternoon on polling booths with all section of citizens seen enthusiastically exercising their franchise. Women, particularly first-time voters, carrying voter slips and Aadhaar cards were seen standing in long queues. Special police officers deputed for election duty helped the aged and the physically challenged voters at the polling stations.

Youth, who exercised their franchise for the first time, expressed happiness. At many places, students who came in groups, waited in queues and cast their vote.

Of the five assembly elections scheduled in four states and one Union Territory, West Bengal has the most number of seats and voting spread over eight phases, a maximum.

The Election Commission has deployed around 684 companies of central forces that would guard 10,288 polling booths housed in 7,061 premises, officials said.

Besides, the state police is also deployed at strategic locations. 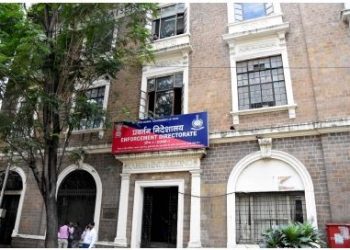