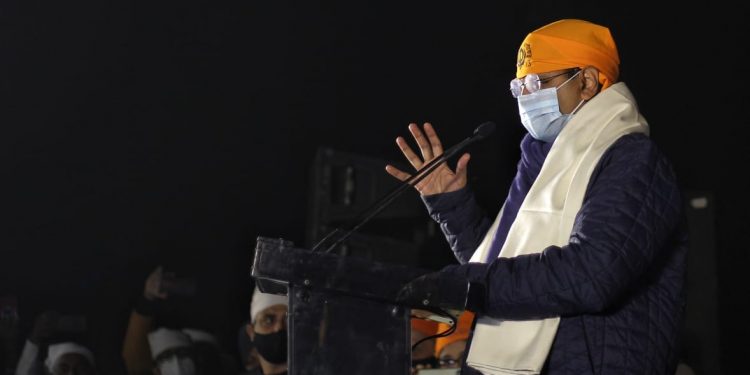 Terming the Centre’s agricultural laws as “black laws”, he said that the agitation against them has now turned into a pitched battle.

The Chief Minister said: “Farmers have been braving the biting cold to save their agricultural land. There is not a single BJP leader who can explain the benefits of these laws. By snatching land from the farmers, the Central government has introduced black laws.”

Kejriwal was addressing the protesting farmers at a Kirtan Darbar organised by the state government’s Punjab Academy to mark the martyrdom of Guru Tegh Bahadur.

“Since last 32 days, our farmers are forced to sleep on streets in open amid the cold. It pains me that over 40 people have lost their lives here. I appeal to the Centre to listen to them and repeal the new farm laws,” he said.

“It is said that the minimum support price (MSP) will remain. Mandis will also remain. Then why have you brought the law? Tear the legislation and throw it away. Several leaders have claimed that the new laws will bring no loss to farmers, but what will be the benefit and who will benefit?”

The Chief Minister said that today the entire country is divided into two parts. “One is of the few people who want to benefit some capitalists by harming these crores of farmers and the others who stand with these crores of peasants.

“I challenge those from the Central government who know the most about the farm laws to debate with the farmer leaders in public. They say that farmers do not know enough, it will be proven who knows more,” he added. 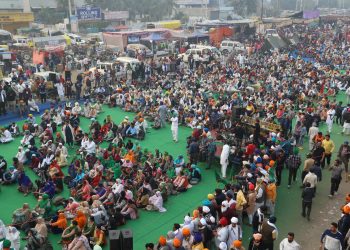