On Monday, 40 active members along with party's General Secretary Vinay Kushwaha resigned from primary membership earlier in the day. 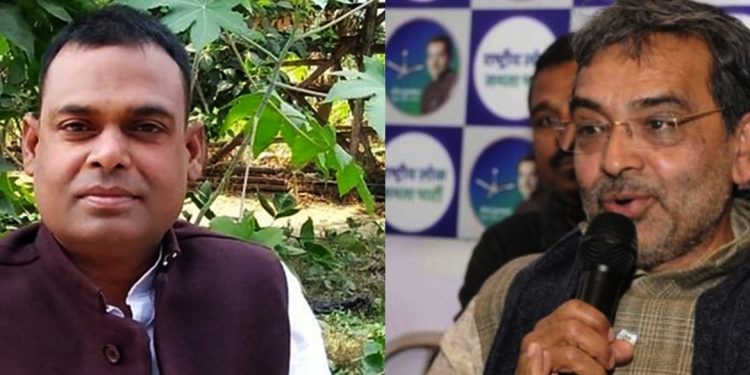 301
VIEWS
Share on WhatsappShare on FacebookShare on TwitterShare on Telegram

On Monday, 40 active members along with party’s General Secretary Vinay Kushwaha resigned from primary membership earlier in the day.

Vinay Kushwaha alleged that the RLSP president compromised the ideology on which we have contested the election.”He has sold the party to others,” Vinay Kushwaha said.

The resignation of Vinay Kushwaha and his supporters could be a big jolt for Upendra Kushwaha who has had a series of meetings with Janata Dal United top leadership, including Chief Minister Nitish Kumar.

The RLSP did not manage even one seat in the Bihar assembly election 2020 and ever since there were rumours that RLSP might merge with the JD-U.

The Nitish Kumar-led JDU also under-performed in the assembly election 2020 with just 43 seats. Hence, he is not leaving any scope to include Independent MLAs and supporters of other parties.

The party had included an Independent MLA Sumit Singh and BSP MLA Jama Khan just before second expansion of the cabinet and given ministerial berth. The idea is to strengthen his position in the NDA.