The police took into custody Baburaj and Lijeesh based on a complaint from the victim, a fellow party female worker who said she was badly harassed by the two. 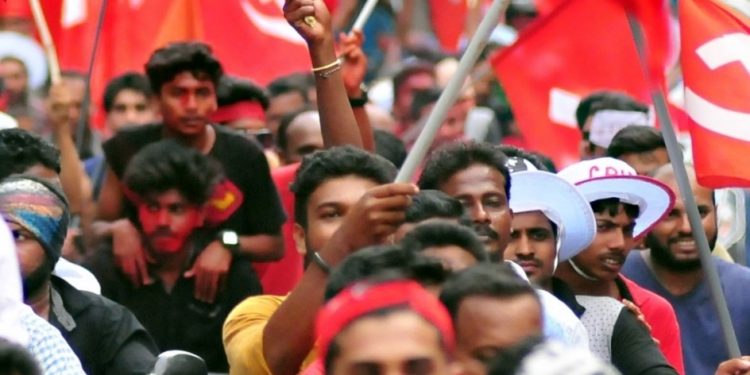 604
VIEWS
Share on WhatsappShare on FacebookShare on TwitterShare on Telegram

Thiruvananthapuram, (Aryavarth) The ruling CPI-M in Kerala suffered a jolt when two of its local leaders at Vadakara in Kozhikode district were arrested in the wee hours of Monday by the police team probing the case of an alleged rape of a female party worker.

The police took into custody Baburaj and Lijeesh based on a complaint from the victim, a fellow party female worker who said she was badly harassed by the two.

The police have begun the questioning of the two and they will be produced before a local court later in the day, according to the police.

This issue has been simmering in the party unit at Vadakara for a while and finding that things are not moving, the victim approached the local police.

Here too things did not move at the desired pace and only after the opposition parties — Congress and the BJP took up the issue, things started to move. It gathered pace after the women’s wing of the CPI-M also stepped in.

On Sunday, a medical examination of the victim was conducted and in the wee hours of Monday, the police arrested the two.

When the issue gathered momentum, the CPI-M stepped in and dismissed both the leaders.

Local legislator K.K. Rema had alleged that the police failed to act on time because of the pressure from the party leadership.