Kushwaha slammed Tejashwi for his strong words for CM

Tejashwi, earlier in the day, termed Nitish Kumar as "Nirlajj" (Shameless) Nitish Kumar and also said that he is a C-grade leader of the country. 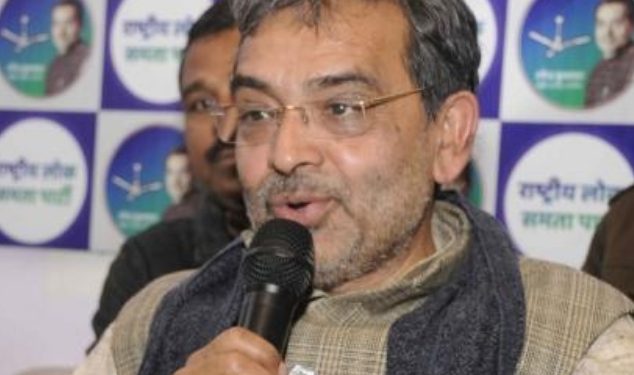 410
VIEWS
Share on WhatsappShare on FacebookShare on TwitterShare on Telegram

Tejashwi, earlier in the day, termed Nitish Kumar as “Nirlajj” (Shameless) Nitish Kumar and also said that he is a C-grade leader of the country.

Upendra Kushwaha, in a tweet, said that Tejashwi has abused CM Nitish Kumar who is in the age of his father. “We cannot tolerate the words and language used by Tejashwi against CM Nitish Kumar,” he said.

“I want to tell you (Tejashwi Yadav) that I did politics of Bihar against Lalu Ji but always squelches against those who called him “Lalua”. I suggest you to avoid digging your own graveyard. Control your tongue otherwise you will keep giving opportunities to people who are already saying that you are class 9 failed,” Kushwaha tweeted.

While showing his loyalty with Nitish Kumar, Kushwaha said that Nitish ji is a representative of people sitting in the last line of society. He is elected as CM of Bihar for the fourth consecutive time and respected by all sections of society.

“Tejashwi and Tej Pratap Yadav have history of abusing senior leaders of his own party. How Tej Pratap had abused late Raghuvansh Babu Raghuvansh Prasad Singh by compared him with one Lota (Jug) water. He public ally insulted Jagadanand Babu (Jagadanand Singh) as well. Even if you ask senior party leaders, they reveal you about Tejashwi and Teja Pratap involved in misbehaving with his father Lalu Prasad as well,” Kushwaha said.