Yediyurappa released two statements, one in connection with his order directing the referal of the reservation to backward class commission, and second is to tendering unconditional apology to seers of Panchamasali sect who are leading the agitation.

239
VIEWS
Share on WhatsappShare on FacebookShare on TwitterShare on Telegram

Bengaluru,(Aryavarth) Hours after his controversial remarks on granting reservations to Panchamsali community, Karnataka Chief Minister, B.S. Yediyurappa made ‘U’ turn on the issue on Friday and referred the reservation matter to Karnataka Backward Class commission in a bid to contain the growing anger of Panchamasali community.

Yediyurappa released two statements, one in connection with his order directing the referal of the reservation to backward class commission, and second is to tendering unconditional apology to seers of Panchamasali sect who are leading the agitation.

BJP to retain power in K’taka with 130+ seats: Yediyurappa

Top BJP leaders rally behind Yediyurappa, rule out any change

A statement released by his office in this regard directed the Panchamasali subsect of Lingayat community has demanded that their community be included in 2A category from present 3B category. “The commission must take steps to study in-detail about this demand and submit its recommendation as soon as possible,” his statement read.

While in another statement, Yediyurappa tenders unconditional apology to Jaya Mritunjya Swamiji who is leading the agitation. “I didn’t mean to hurt your sentiments Swamiji. I have made honest and earnest attempts to get reservation for the Panchamasali community. My statement in the assembly has been misrepresented to you. I just said as a national party we can not decide in a hurry. We have won over everyone in this,” he said.

It all started when Yediyurapap’s harshest critic in the BJP, Basanagouda Patil Yatna sought the CM’s assurance on granting reservation to Kurba and Panchamasali community.

To this, Yediyurappa had said that such matters cannot be decided in a hurry as the BJP is a national party. “I can not take decisions on my own… We need to consult Prime Minister, Narendra Modi and Home Minister Amit Shah on such matters,” he said.

As this statement was beamed on news channels, the Panchamasali seers upped their ante against the CM, calling for his resignation if he was incapable of serving the needs of his own community.

They said he must make way for some other efficient Lingaayt leader to head the State. Lingayats form the BJPs major vote bank in Karnataka.

Panchamshali seer Jaya Mruthyunjaya Swamy said, “It’s enough that the Centre supports Yeduiyurappa as the Chief Minister. Let the PM or Amit Shah or Nadda give him an honourable exit and place some other able Lingayat as the CM. Our demand is either you give Panchamshalis the reservation or you give your resignation.”

The seer added that Amit Shah is not our CM, nor is Modi nor is Nadda.

“Yediyurappa is the CM here and the state has the full powers to bring in the reservation to protect communities. He is passing the buck to the Centre, We doubt now whether he has read the Constitution at all. He has lost our trust. He has been the CM for three times, he must know he has powers on this. Otherwise let him make way for another mass Lingayat leader as CM,” the seer added.

The Panchamshali sub-sect led by its Seers and community leaders has been on a padayatra for the last three weeks now covering over 250 kms of the 450 kms from Kudalasangama, a holy temple town for Lingayats Ato reach Bengaluru, with hundreds of supporters joining them along the way. 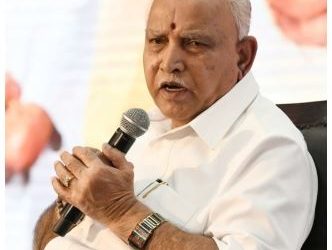 BJP to retain power in K’taka with 130+ seats: Yediyurappa 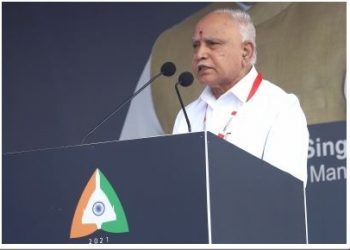 Top BJP leaders rally behind Yediyurappa, rule out any change 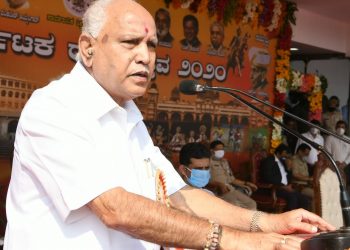