Mehta shot back saying that if video-conference is that favourable, then even Vijay Mallya would not be extradited to India, and he can face trial from UK. 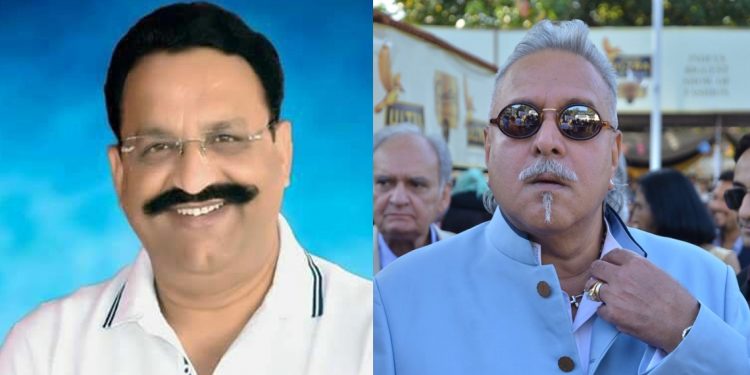 298
VIEWS
Share on WhatsappShare on FacebookShare on TwitterShare on Telegram

New Delhi,(Aryavarth) Solicitor General Tushar Mehta on Thursday ridiculed Punjab government argument that gangster-turned-politician Mukhtar Ansari can tried in cases virtually. Mehta said if video-conferencing is the only mode of trial for an accused to appear from anywhere, then Vijay Mallya can face trial from the United Kingdom.

Mehta, appearing for the Uttar Pradesh government, contended before a bench headed by Justice Ashok Bhushan cited there are several cases pending against Ansari. Mehta slammed Ansari for making incorrect assertions that his life is in danger in UP, therefore he should be allowed be in a jail in Punjab. “A convict who has disobeyed the law of the land, cannot say that he cannot be transferred. Courts are not to be helpless bystanders when the laws are being challenged with impunity”, submitted Mehta.

Senior advocate Dushyant Dave, representing the Punjab government, argued that the state government is upholding the Constitution and it does not care anything about Ansari. Dave contested Mehta’s argument that there was some conspiracy between the Punjab government and Ansari. “Punjab FIR is credible allegation of conspiracy is a figment of imagination”, submitted Dave, insisting on trial through video conferencing. Ansari is lodged in district jail Rupnagar since January 2019, in connection with an extortion case.

Mehta shot back saying that if video-conference is that favourable, then even Vijay Mallya would not be extradited to India, and he can face trial from UK.

Mehta submitted before the bench that he agrees that state does not have fundamental rights, but state as a prosecution represents the citizens and victims, and can seek justice on their behalf.

Senior advocate Mukul Rohatgi, representing Ansari, argued before the bench that his client was appearing in all courts and there is no complaint against that. He added his client apprehends that he is sent to UP, he will be done away with. “There are threats to my life. I am a 5-time MP…my co-accused was encountered, and they are trying to shoot a gun from the shoulders of this court. This should not be allowed”, said Rohatgi.

Dave submitted before the top court that Punjab respects the state of UP and the same should be shown towards it too. “But, instead potshots were taken against us and newspapers reported it,” added Dave.

After a detailed argument in the matter, the top court reserved its judgment on the plea of UP government seeking a direction to the Punjab government and Rupnagar jail authority to immediately hand over the custody of Ansari, an MLA from Mau constituency, to district jail Banda.

The UP government said there are more than 30 FIRs and more than 14 criminal trial including heinous crimes of murder and Gangster Act pending against Ansari in various MP/MLA courts, where his personal appearance is sought.