Water, migration and drought issues to the fore in Bundelkhand

Bundelkhand is a water scarce region. Due to the recurring water crisis, various problems have bedevilled people's lives for decades. 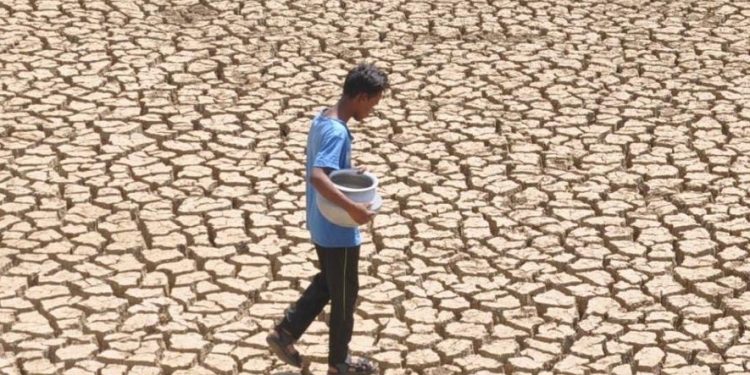 577
VIEWS
Share on WhatsappShare on FacebookShare on TwitterShare on Telegram

Bhopal, (Aryavarth) With the onset of spring, discussions on issues like water, migration and drought in Madhya Pradesh’s Bundelkhand district have started gaining momentum. In the coming days these issues are likely to generate heated debates.

Bundelkhand is a water scarce region. Due to the recurring water crisis, various problems have bedevilled people’s lives for decades.

Bundelkhand is formed from seven districts each of Uttar Pradesh and Madhya Pradesh and the majority of them are reeling under water scarcity.

Several plans have been made for years to solve the water problem of Bundelkhand, with allocation of budgets and huge funds being spent, but the overall picture of Bundelkhand has not seen much of a change.

To transform the situation in Bundelkand, the Bundelkhand package of nearly 7,500 crore was approved in 2008 and almost the whole amount has been spent. Apart from this, to save various water sources, the governments sanctioned a budget to the tune of crores of rupees, built canals, dug ponds but the issue of water scarcity still persists.

Social activist Pawan Ghuwara, who has fought a long drawn battle over the misuse of the Bundelkhand package, says that few plans have been made keeping in mind the problems of this region.

Funds sanctioned by governments and other institutions were spent, various structures were built to provide water which also did not benefit the people of the region. These schemes became a means of serving the selfish interests of certain people. That money was looted from the Bundelkhand package is an open secret here.

Bundelkhand expert Ashok Gupta says that the plans and money to solve the problems of Bundelkhand have only worked to fill the coffers of some people.

A philanthropist says that the onset of summer has once again brought a smile to the faces of those who keep a hawk’s eye on Bundelkhand and wait till March every year for furthering their interests.

Budgets would be allocated, then the rains will come and water sources will get completely filled up, but no one conducts an evaluation of this pattern.

An evaluation must be carried to see what is the situation in the areas where tall claims of solving the water crisis have been made only on paper.