It is because of such initiatives and schemes that the Aam Aadmi Party (AAP) has such a large share of female voters," it said. 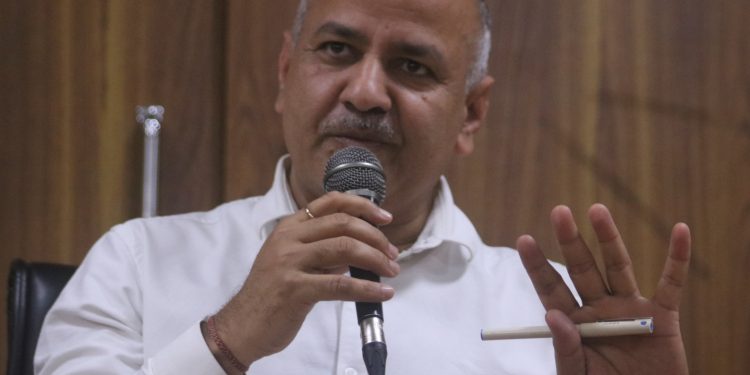 468
VIEWS
Share on WhatsappShare on FacebookShare on TwitterShare on Telegram

New Delhi,  (Aryavarth) The Delhi government said on Thursday that various special measures have been taken in the Budget for the next financial year to empower women.

A statement from the Deputy Chief Minister’s Office said that the Budget 2021-22, much like the previous budgets, has put a special emphasis on empowering women, while Deputy CM Manish Sisodia has also brought several schemes for the same.

“It is because of such initiatives and schemes that the Aam Aadmi Party (AAP) has such a large share of female voters,” it said.

The statement said that the Budget emphasised on establishing 100 ‘Mahila Mohalla Clinics’ so that every woman in the national capital can access special services of gynaecologists and related diagnostic tests.

It said that Delhi government has planned that in the first phase, 100 Mahila Mohalla Clinics will be established in different parts of the city, which will be progressively increased to at least one clinic in each ward.

The statement further stated that to economically empower women, some new schemes have been planned and one important initiative among them is the ‘Saheli Samanvay Kendra’, under which 500 Anganwadi hubs shall be set up in various parts of the city, to be used by women from the nearby areas for four hours every morning.

“These hubs can be used for incubating individual startups and to promote the self-help group ‘Samriddhi’. Special arrangements in the hubs will be made for the women and required training will be imparted to open micro-economic units and for holding meetings of self-help groups,” it said.

The statement mentioned that since 2019, Delhi government has been able to provide 19.2 crore free bus rides to women of the city.

“Continuing this initiative, the Delhi government will ensure that women travel safely, using free bus rides in DTC and Cluster buses. Further, to ensure safety, all DTC and Cluster buses of Delhi have CCTV cameras installed along with bus marshalls to prevent any untoward incident,” said the statement.

Delhi government is further working on installing CCTV cameras at tourist spots and LED lights will be placed in areas that are not well lit, it said.

“Delhi government is also planning to establish 33 Mahila Support Centres for women and girls who are unable to access information on the various schemes. A counsellor will be present in these support centres to help the women with issues concerning government initiatives,” it said.