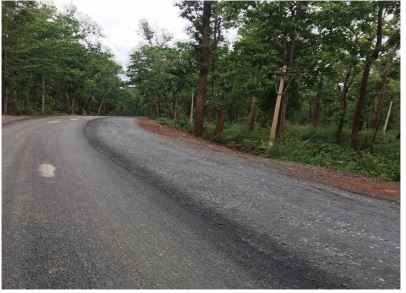 New Delhi,(Aryavarth) The setting up of camps by security forces in the Naxalite-hit areas in Chhattisgarh’s Bastar region has helped in curbing Naxal activities, the state government said in a statement on Tuesday.

The establishment of such camps have restored democracy in Bastar, pushing back the Naxals.

The forest dwellers of Bastar are getting increased income from forests and farming. Like the farmers of other regions of Chhattisgarh, they too are now getting good prices of their produce, the statement said.

Apart from availing facilities like forest rights patta, they are also getting help related to construction of ponds, dabri, manure and seeds.

The infrastructure development has ended the role of middlemen in the purchase and sale of forest and agricultural produce and now the villagers are able to sell their produce at the support price fixed by the government.

The villagers are also getting health facilities now and the education-related activities are now being conducted through the schools which were closed by the Naxals in various districts of Bastar division.

Most of these camps have been set up in such inaccessible areas, where development work was not possible due to the fear of Naxals. But the interior areas are witnessing a change now, roads are being constructed in these areas, transportation facilities are getting smooth, government schemes are reaching the villagers in an effective manner, the statement added.

In order to respond to the Naxals in Bastar in the same style as theirs, the security forces had decided to set up their camps in dense forests and inaccessible mountains. These camps are being set up with a well-planned strategy to help each other when needed.

The establishment of these camps has prevented the smooth movement of Naxals in these areas. With the strength of security forces increasing manifold, the Naxals are retreating. Under the supervision of security forces, construction of roads, bridges, culverts and communication infrastructures are taking place at a rapid pace, due to which the schemes of the government are reaching fast in these areas too.

Information regarding the problems being faced in these inaccessible areas is reaching the administration at a more rapid pace, due to which they are also being resolved rapidly.

Basic facilities like medical, health, drinking water, electricity are being provided in the villages. The campaign against malnutrition, malaria and seasonal diseases is getting stronger, thereby protecting the health of hundreds of villagers.

Hundreds of people have lost their lives due to these diseases, and women and children are the largest among them. Naxalites, who have been troubled by the progressive strengthening of the democratic system in Bastar, are opposing these camps. They sometimes ambush these camps, sometimes create misunderstandings among the villagers and trick them against the security forces.