Interestingly, among the UTs, the Union Territory of Jammu & Kashmir ranks at the top given seven colleges (Rs 1,173.50 crore), followed by one college each in Ladakh (Rs 127 crore), and Andaman & Nicobar Isles (Rs 113.40 crore). 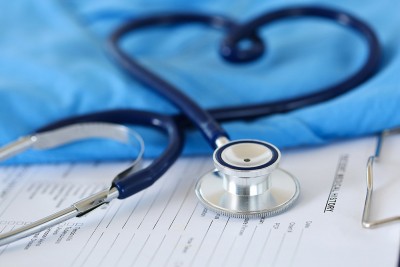 Pune : Clearly eyeing the upcoming Uttar Pradesh Assembly polls, the Bharatiya Janata Party at the Centre is going all-out to woo the state’s electorate by allocating the highest number of medical colleges and a huge budget, as per an RTI reply.
Of a total of 157 new medical colleges to be set up in three-phases in 27 State-union territories, Uttar Pradesh bagged a ‘healthy’ lion’s share, while the second biggest state Maharashtra just got crumbs.
Way back in 2014, the Ministry of Health & Family Welfare (MoHFW) had approved the setting up of a chain of new medical colleges attached with district/referral hospitals around the country to boost the medical-infrastructure.
The new medical colleges were planned under the Central scheme with a fund-sharing formula — Centre-States 60:40 and North East/Special Category states in 90:10 ratio, with an amount of Rs 17,935.21 crore released for the big initiative, said Pune-based activist Prafful Sarda.
From the total 157 proposed new medical colleges, the highest — 27, with the maximum budget of Rs 2,467.00 crore — has been released for Uttar Pradesh — currently gearing up for the crucial Assembly elections in early-2022.
The next is Rajasthan with 23 colleges (Rs 1,693.80 crore), West Bengal given 11 colleges (Rs 1,390.57 crore), Tamil Nadu with 11 colleges (Rs 1,320.00 crore), Madhya Pradesh given 14 colleges (Rs 1,243.80 crore), and Bihar with eight colleges (1,090.20 crore).
Interestingly, among the UTs, the Union Territory of Jammu & Kashmir ranks at the top given seven colleges (Rs 1,173.50 crore), followed by one college each in Ladakh (Rs 127 crore), and Andaman & Nicobar Isles (Rs 113.40 crore).
“The remaining big states are far below both in terms of the number of new medical colleges allotted and the accompanying budget. The Centre’s scheme seems confusing, and intended to exploit in the Assembly elections,” Sarda said.
For instance, Maharashtra has been given only two medical colleges and a budget of Rs 263.40 crore — the lowest among the big states — compared with the home state of Prime Minister Narendra Modi and Home Minister Amit Shah, (Gujarat) given five new colleges and funding of Rs 650 crore.
“Maharashtra contributes the maximum GST and tax revenues to the central kitty, its population is the second highest but it has again been accorded a ‘step-fatherly’ treatment compared with Uttar Pradesh or Gujarat,” Sarda pointed out.
Along with Jammu & Kashmir with seven colleges (Rs 1,173.50 crore), Odisha has been given seven new medical colleges, but with a budget of only R 817.00 crore.
Besides Gujarat, five colleges each have been given to Assam (Rs 922.90 crore), Chhattisgarh (Rs 496.80 crore) and Jharkhand (Rs 640.20 crore).
Four colleges each have been proposed for Karnataka (Rs 600.00 crore) and Uttarakhand (Rs 545.10 crore); 3 medical colleges each for Andhra Pradesh (Rs153.04 crore), Himachal Pradesh (Rs 310.30 crore) and Punjab (Rs 213.40 crore).
“In contrast with 2 colleges Maharashtra and a budget of Rs 263.40 crore, a very small state like Nagaland has also got 2 new medical colleges but with a huge budget of Rs 412.60 crore. The logic behind the number of colleges allowed and the budgets grossly mismatch,” Sarda averred.
At the bottom of the heap, several State/UTs will get their first-ever medical college with one each coming up in Andaman & Nicobar Isles (Rs 113.40 crore), Arunachal Pradesh (Rs 170.10), Haryana (Rs 113.40 crore), Manipur (Rs 242.50 crore), Meghalaya & Mizoram (Rs 170.10 crores, each) and Sikkim (Rs 225.00 crore).
By Quaid Najmi
(Quaid Najmi can be contacted at: q.najmi@ians.in)