BJP Yuva Morcha worker Praveen Kumar Nettare's active participation in a campaign against halal meat contributed to his death, according to a police team investigating the murder. Meanwhile, Chief Minister Basavaraj Bommai announced that the investigation has been handed over to the National Investigation Agency (NIA). 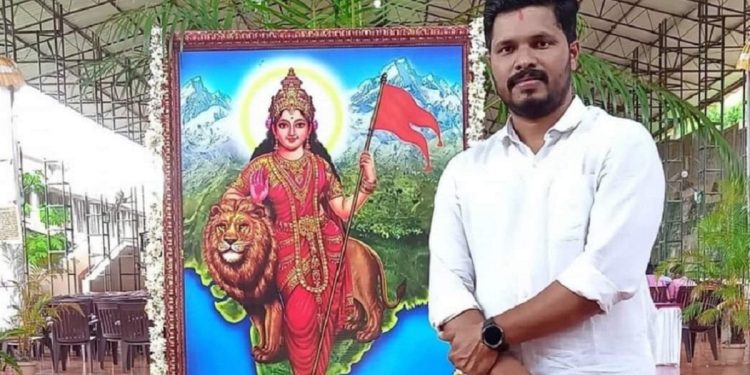 Dakshina Kannada, (Aryavarth) : According to sources, Praveen was actively involved in the anti-halal meat campaign. He had also opened a chicken shop and sold meat that was not halal. Notably, halal is a practice in which an animal’s throat is the first slit, and the flesh is only sliced after the blood has been drained.

Praveen advocated on the ground and on social media that Hindus should not purchase halal sliced meat from Muslim sellers. His initiatives generated headlines in Bellare. According to the sources, the police believe Praveen’s campaigning put him on the radar of core organisations.

Chief Minister Bommai claimed that the investigation into the crime is continuing and that the police will apprehend all the perpetrators shortly. In two to three days, the case would be officially handed over to the National Intelligence Agency (NIA).

“With regard to the murder, technical and paperwork is being completed. The case would be delivered sooner. In this context, we have had informal discussions with the NIA. “NIA officers have already begun gathering information about Praveen’s murder in Kerala and Mangaluru,” he said.

When asked why he hadn’t visited the families of murdered Muslim youth in the same district where he had visited exclusively Hindu victims’ relatives, CM Bommai said he will do so soon.