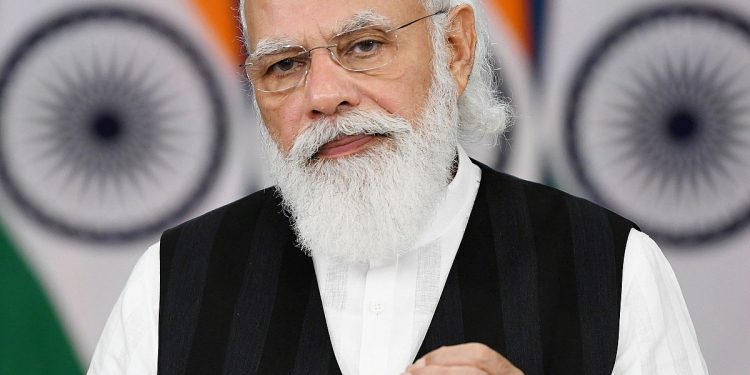 The Prime Minister, Shri Narendra Modi addressing at the joint SCO-CSTO Outreach Summit on Afghanistan, through video conferencing, in New Delhi on September 17, 2021.

Jaipur, Sep 30 (Aryavarth)  After opening channel with Amrinder Singh, PM modi has now tapped into Ashok Gehlot. It is evident that Congress is heading for a split. Leaders like Amrinder Singh, Ghulam Nabi Azad, Kapil Sibal, Manish Tewari and Shashi Tharoor are about to break free from the shackles of dynastic rule.

BJP would gain tremendously by splitting Congress, and not inducting them directly into the BJP. A three way fight would benefit BJP.

Singh, has started the process of demolishing Congress, he said “I will resign, will not stay in the party.” Adding that he was still thinking through his options in the interest of Punjab, whose security was the predominant priority for him. “I will not be treated in this humiliating manner. I will not take such insults,” he said, adding that his principles and beliefs do not allow him to stay in the Congress. He also condemned the attack on Kapil Sibal’s house by Congress workers only because he had chosen to express views that were not palatable to the party leadership.

Meanwhile, PM Modi on Thursday took a moment to thank Congress Chief Minister Ashok Gehlot for trusting him with a number of tasks, saying that is exactly the kind of relationship or friendship which is the real strength of democracy, and this comment by the PM has gone viral on social media.

“I was listening to the CM of Rajasthan. He presented a long list of tasks. I thank CM that he has so much trust in me. That’s the biggest power in a democracy,” Modi said while speaking at the foundation stone laying ceremony of the medical colleges in Rajasthan.

Speaking on the occasion, the PM said, “The slow pace of medical infrastructure has been posing a problem. It is necessary to spread the network of AIIMS, health centers and hospitals rapidly. Rajasthan has doubled the medical seats. Also PG seats have increased from 1,000 to 2,100.” Decades-old medical education system needs to be reformed, Modi said.

Modi said that more than 88 crore doses of free vaccine have been administered to all. More than 5 crore doses have been administered in Rajasthan. “We need to increase the medical capacity. Studying medicine and engineering in English was a major obstacle for the children of rural areas. Now medical studies can be done in Hindi also. In the National Education Policy, we have made a provision for medical education in Hindi and Indian languages. The son and daughter of a common man of the village, who did not study in English school, can become a doctor, provision has been made for this. That is why reservation has been given to OBC and economically backward in medical,” he added.