Officials of Pakistan's High Commission in London were reportedly seen with Motiwala's pleaders, pursuing D-company aide's appeal in High Court, in a bid to prevent D-company's ultimate trial in the US, sources in Indian Intelligence agencies said. 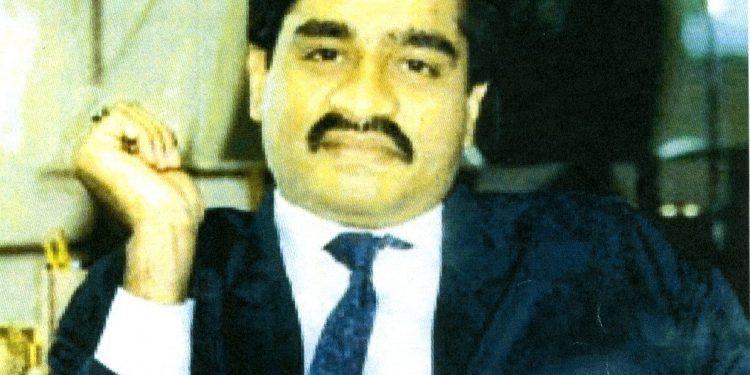 119
VIEWS
Share on WhatsappShare on FacebookShare on TwitterShare on Telegram

London/New Delhi,(Aryavarth) In a last ditch effort, Pakistani agencies exercised all available resources to thwart extradition of Dawood’s Ibrahim’s key finance manager and drug operator Jabir Motiwala to the US.

Officials of Pakistan’s High Commission in London were reportedly seen with Motiwala’s pleaders, pursuing D-company aide’s appeal in High Court, in a bid to prevent D-company’s ultimate trial in the US, sources in Indian Intelligence agencies said.

Intelligence sources said that once the High Court clears Jabir Motiwala’s extradition, his subsequent trial in the US on charges of drug trafficking and money laundering will unmask D-company’s link with the ISI and its entire underworld operations in a US Court.

“The trial of the Jabir could also highlight, how Dawood, a global terrorist wanted in serial bomb blasts in Mumbai has been operating from Karachi and sharing drug routes with major terror outfits patronised by ISI,” said a senior IPS officer in New Delhi.

Motiwala, who operates for Dawood Ibrahim, is a Pakistani National, presently imprisoned in Wandsworth jail in south west London.

The High Court on Thursday reserved its judgement on Jabir Motiwala’s extradition to the US, earlier granted by a Westminster Magistrate’s court, last year.

Sources said that in a few weeks time, the High Court’s judgement on Motiwala’s fate could be expected. A section of Pakistani media, meanwhile has said that Motiwala, who hails from a well to do family in Karachi has been framed by US law enforcing agencies in drugs operations.

On the other hand, the US agencies have provided documentary evidence of drug dealing and handling finance of D-Company including tapes, against Motiwala in the court.

Pakistani diplomats had earlier tried to thwart the extradition move by submitting a letter on behalf of accused’s lawyer in the Magistrate’s court, saying Motiwala was a “well known respected businessman in the Pakistan”.

In fact Pakistani diplomats fear that once Motiwala is extradited to US, the close aide of D-company can reveal the entire nexus between Dawood Ibrahim’s underworld network (being operated from Karachi) and don’s connection with Pakistan’s spy agency Inter Services Intelligence (ISI).

The US had already declared Dawood a global terrorist running international drug syndicate and sharing gang’s routes with Pakistan based terror outfits.

Sources said that Dawood’s key finance aide Jabir Motiwala, was produced in Magistrates courts in London after his arrest by Scotland Yard Extradition Unit on charges of money laundering and sharing proceeds of narcotics money earned on behalf of the D-company.

Sources said that Barrister John Hardy, appearing on behalf of the US government, had earlier revealed to the Magistrate’s Court that Jabir Motiwala, a close aide of Dawood, travelled extensively and conducted (underworld crimes related) meetings for his boss Dawood Ibrahim, an Indian who along with his brother Anees, are wanted for terror crimes in India.

During the extradition trial Defence lawyer for the D-company member, told the Court that Motiwala was suffering from depression and had made several suicide attempts in the past few years.

The lawyer argued that in such a situation, Motiwala cannot be extradited to the US to face trial.

Sources said that contrary to the Defence lawyers claim, Motiwala has been investing D-company’s black money into various projects abroad. He is said to be involved in drug trafficking and also travels to collect money on behalf of the D-company in Europe.

Sources said that Motiwala’s extradition to the US, if endorsed by higher Court would be a setback for Dawood as well as his patrons in Pakistani establishment.