Renowned US-based bank J.P. Morgan has observed that oil prices could quickly top $380 per barrel. The bank made its prediction based on oil market trends and major producers' supplies. The current geopolitics, in which Russia faces extensive sanctions from America and its western allies, is one of the primary causes.

Bengaluru, (Aryavarth) Natural gas prices have already soared by 700% on the back of Russia, turning off gas to some of the European countries because they supported Ukraine. Without traditional supplies from Russia, as used to happen, the European customers are turning to other sources for gas supplies, which is driving up the general price of natural gas.

The natural gas market is, by nature, somewhat limited. It isn’t easy to transport natural gas over any distance without pipelines. Thus, while there could be pockets of excess supplies in one region, there could be severe shortages in other. For example, the USA has adequate production facilities for natural gas, but it cannot readily supply its gas to allies in Europe overnight.

The way to transit gas over vast distances is to liquefy it, and liquefaction facilities are few and far between compared with the sudden needs of the times. Currently, Qatar has some facilities functioning, and so does Australia; the USA is setting up some facilities. Unfortunately for the countries hit by shortages, some US LNG plants had to be temporarily shut down for some safety or security reasons for now.

This could have a disastrous impact on the global economy. India would be particularly badly hit as it must import almost 75-80% of its oil and gas consumption. The primary condition is that the country has to always care for continuous petroleum supplies.

At any rate, a high price of oil at around $400 per barrel could stymie the operations of the Indian economy. Let alone India, which is still in a better position, many other emerging and developing countries could severely fall back into abject poverty.

At these levels of crude prices, the retail price of petroleum in India could jump over four times (Rs350 to Rs400 per litre) from the present levels. Even with tax concessions on oil sales, the prices of petroleum products cannot be brought to levels at which the economy can be sustained.

JP Morgan has pointed out that the supply disruptions of oil and gas supplies are driving up sentiments around shortages, and prices are currently rising. However, this could transform, and a real crisis could be on hand with oil prices soaring once the global economy improves. The result could be an abrupt reversal of the recovery process after the covid epidemic had slowed down economies.

Oil market reports indicated that the bearish sentiment in global oil markets is giving way to a bullish one. This is mainly on the interpretations of the likely end of the covid pandemic and resumption of global economic recovery. However, the tipping point is the continuing Ukraine war.

The extensive sanctions on Russia keep a large part of potential oil exports from Russia from reaching the markets. Of course, Russia is selling its oil output. However, this happens only over direct contact between the producer and buyers.

Instead of backtracking in the aftermath of the sanctions, Russia is doubling down on restricting exports to the west. It could afford to do this because the oil prices have gone up sharply, and even when supplying lower quantities, its earnings from oil exports have not been hurt.

If anything, its earnings could have gone up comparatively, which alone is sufficient for Russia to carry on the hostilities. At the current levels of price for oil and gas, Russia can afford to cut down production by 5 million barrels per day without hurting its revenues much, according to estimates. This could severely punish the western supporters of Ukraine.

Russia has cut down on the European countries and, most significantly, Germany. The government has refused to pay a higher price in roubles, imposing a sort of fuel rationing.

Western nations and members of the European Union are considering imposing a kind of a price cap on oil. With this threat, Russia is threatening a further cut back in production and supplies to global markets.

A further stiffening of the stands of the two — Russia versus EU — could thus steadily jack oil and gas prices for all.

Fortunately, in the long term, such prohibitively costly oil and gas prices could have a long-term impact on developing alternative energy sources. Coal usage has been cut down. Now, there will be an emphasis on developing technologies for clean coal. Hydrogen is being cited as the fuel for the future. Some Indian majors are said to be close to a breakthrough in bringing down the costs of hydrogen as a fuel.

A black cloud now could thus be the cause for clear skies for tomorrow when fossil fuel emissions will no longer foul up the climate. 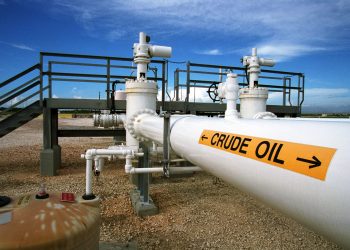