The BJP MLA, requesting anonymity, said: "The meeting took place at Hotel Leela Kempinski located near the Mumbai airport. Sharma, a well known personality of the Mumbai Crime Branch known for executing innumerable police encounters, had personally come to the hotel for the said meeting. He requested a BJP leader to reinstate his protege and former subordinate Vaze in the police department. But the BJP government had outrightly rejected the request. 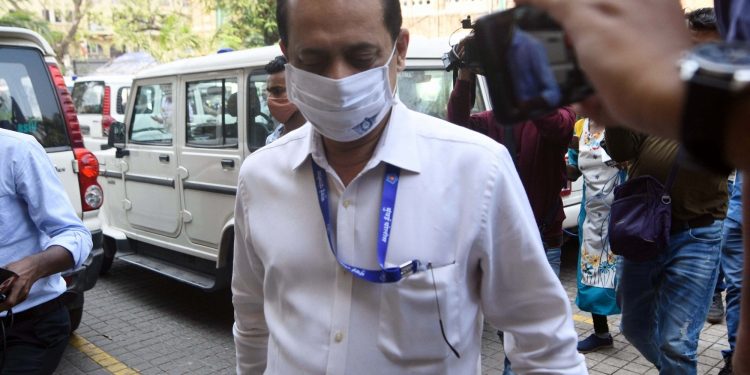 Mumbai/New Delhi,(Aryavarth) As the National Investigation Agency (NIA) probes deep into the extortion racket, fresh evidence is pouring in on the close affiliation between suspended cop Sachin Vaze and his mentor, Pradeep Sharma, also known as the ‘encounter king’ of the Mumbai Police.

A prominent leader and Bharatiya Janata Party MLA told IANS that Sharma had reportedly approached the BJP government to reinstate his protege Vaze in 2016.

The BJP MLA, requesting anonymity, said: “The meeting took place at Hotel Leela Kempinski located near the Mumbai airport. Sharma, a well known personality of the Mumbai Crime Branch known for executing innumerable police encounters, had personally come to the hotel for the said meeting. He requested a BJP leader to reinstate his protege and former subordinate Vaze in the police department. But the BJP government had outrightly rejected the request.

“After Sharma’s efforts turned futile, the Shiv Sena’s top leadership approached the BJP for reinstating Vaze in the police department. This request was too rejected on the grounds that he was involved in court cases of serious nature.”

During his questioning, Vaze has indicated that he procured gelatin sticks, used as explosives in this case, through Sharma’s contact, a revelation which obviously requires documentary evidence to be proved in court.

Commenting on Sharma’s close relations with Vaze, BJP spokesperson Ram Kadam said: “I do not wish to comment on the criminal nexus of these police officers… But I can at least confirm that Sharma was Vaze’s mentor, a fact known to everyone in the police.”

Sharma, who resigned from his high profile police job to contest the Assembly polls on a Shiv Sena ticket in 2019, runs an NGO, PS Foundation, which has blessings of several police officers including Vaze.

He has been a frequent visitor to Vaze’s Crime Branch office, housed in the sprawling Mumbai Police headquarters building.

“What makes Sharma a prima facie suspect in the case, is not just his affiliation with Vaze, but his few crucial meetings with the accused, which were held after the execution of crime. These meetings indicate that Sharma was trying to help Vaze, who was caught on camera, while planting a threat letter in the explosive laden vehicle,” said an officer of the Mumbai Police associated with the probe of Mansukh Hiran murder case.

Sources said that Vaze’s erstwhile boss in the Crime Branch, Sharma, had met his former subordinate at the Mumbai Police headquarters in the first week of March.

Besides meeting Vaze, Sharma had also seen Vinayak Shinde, an accused along with Vaze in murder of Hiran, whose SUV was used in planting explosives.

Shinde, a tainted constable had earlier worked with Sharma and was reportedly introduced to Vaze through the encounter specialist.

Sources said that another important meeting between Vaze and Sharma was held outside the Crime Branch office, probably somewhere in western suburbs of Mumbai.

After a series of such meetings, Vaze was subsequently not seen in his office for days, and was finally arrested by the NIA on the night of March 13.

It is perceived that Sharma and Vaze were close since their early days in the police department. Later the encounter duo came close to the Shiv Sena leadership.

It was initially Vaze who joined Shiv Sena in 2007 and was appointed as party spokesperson. In late 2019, when the Shiv Sena came to power in Maharashtra, Vaze, who was placed under suspension for years, got reinstated in service by the state government in 2020.

Close on the heels of Vaze, Sharma too resigned from police service and joined Shiv Sena in 2019. He was given a ticket by the party to contest from the Nallasopara seat but lost the polls.

However Sharma’s relations with Vaze and Shiv Sena grew more stronger. No wonder, Sharma was spotted in all important functions of Shiv Sena leaders held in Mumbai.

Both Sharma and Vaze had gunned down dozens of sharpshooters of the Dawood Ibrahim gang. While Vaze claimed to have killed 63 gangsters in police encounters, Sharma reportedly eliminated over 300 criminals in his 35-year-old police career.

Sharma who has a large following in police, is also known as “Encounter King” by his team members for killing the highest numbers of wanted gangsters. Scripts of several Bollywood films, including “Ab tak Chappan”, “Satya”, “Company” and many more were inspired by Sharma’s action against the dreaded Mumbai underworld dons. 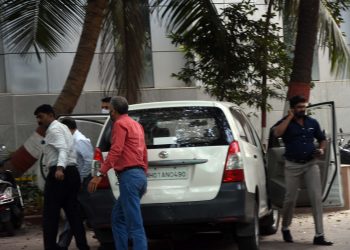