The CD has been released at a time when the BJP is gearing up to face elections in five states/UT, and just two days ahead of the month-long Budget session is scheduled to commence in Karnataka from March 4. 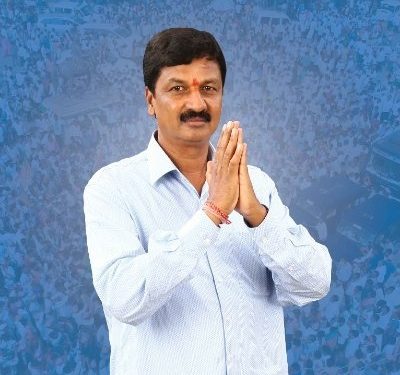 Bengaluru,(Aryavarth) A CD was released to news channels on Tuesday, in which Karnataka Major and Medium Water Resources Minister Ramesh Jarakiholi could be allegedly seen with a woman in a compromising position.

The CD has been released at a time when the BJP is gearing up to face elections in five states/UT, and just two days ahead of the month-long Budget session is scheduled to commence in Karnataka from March 4.

The state is also gearing up for the by-elections to the Belagavi Lok Sabha seat and bypolls to the Maski and Sindagi Assembly seats in Bidar district.

The CD was released by social activist Dinesh Kallahalli after he filed a complaint with Bengaluru City police commissioner Kamal Pant.

After filing the complaint, Kallahalli told reporters that he has sought help from the police to know the veracity of the contents of the CD and some audio clips, in which a ‘powerful minister’ is threatening the victim and her family members.

“I also sought police protection for the victim and her immediate family members as they are living under ‘tremendous’ threat,” he said.

All throughout his media interaction, he was careful not to take anyone’s name.

According to Kallahalli, the victim met the minister (Jarkiholi) on the pretext seeking his help to create documentaries on dams across the state.

“For this she wanted government clearance for drone cameras and other special equipment. During the interaction, the minister (Jarkiholi) told her that instead of running around, she could well be appointed in the Karnataka Power Corporation Limited (KPCL). From here on, he starts seeking sexual favours from her. Finally she also yielded, but prior to getting close to him, she set up a trap and the whole episode was recorded by hidden cameras,” he explained.

Kallahalli maintained that the victim is not ready to come forward and file a case fearing her and her family’s safety. “Fed up with the minister’s harassment, one of the family members approached me sometime ago and urged me to take up this case by filing a complaint in order to teach the minister a befitting lesson,” he claimed.

According to Kallahalli, he is going to keep the victim’s name under the wraps until ‘she gathers some courage’ to face the people and the media.

On repeated queries on which minister he filed the complaint against, Kallahalli said that in the CD it is very clear who the minister is. “Why do you want me to take his name,” he asked.

Answering a question as to whether the CD was a part of blackmail tactics, he said if it was part of a blackmail strategy, why would he approach the police commissioner to file a complaint?

“In my complaint, I have also requested the commissioner of police to investigate the blackmail angle, as this involves a powerful minister in the state,” he said.

Meanwhile, the deputy commissioner of police (central division), M.N. Anuchet, told reporters that the police have registered a complaint in the matter with the Cubbonpark police.

Jarakiholi comes from one of the most powerful political families in the state and is a sugar baron from Belagavi district, the state’s sugar belt.

He is one of the 17 defectors from the Congress and the JD(S) whose defection resulted in the collapse of the Congress-JD(S) government in the state in 2019, leading to the formation of the BJP government. He was one of the primary forces behind rallying 17 MLAs from both the parties before they joined the BJP.