The Makkal Needhi Maiam president said that parents must supervise children when they are taking online classes and must listen to them when they raise issues. 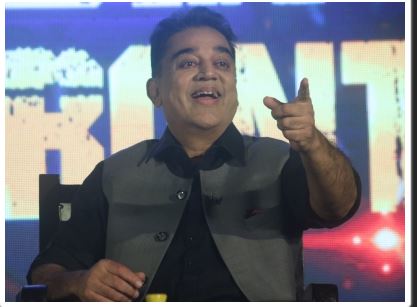 155
VIEWS
Share on WhatsappShare on FacebookShare on TwitterShare on Telegram

Chennai,(Aryavarth) Actor-turned-politician Kamal Haasan has said that the Tamil Nadu government must conduct a detailed investigation into the sexual harassment allegations levelled against a Chennai school.

The Makkal Needhi Maiam president said that parents must supervise children when they are taking online classes and must listen to them when they raise issues.

In a statement issued here on Wednesday Haasan said that the complaint that the school did not address the issue even after it was flagged earlier, reduces people’s faith in the system.

He said,”Following this, allegations in a few other schools have also come to light and the government must form an investigation team and conduct a detailed investigation on a war footing.”

Haasan said that there is an attempt to turn this into a caste issue and added that this was for short term political gains. “If we don’t focus on the crime and the perpetrator of the crime there is a possibility that it would become advantageous to those who commit the crime. No matter which caste he belongs to, the perpetrator must be punished and as an informed society we must ensure that justice is done.”

It may be noted that a teacher of a well known CBSE school of Chennai was arrested Tuesday following a complaint after allegations of sexual harassment of girl students surfaced against him on social media.

The police statement also said that a girl student of the same school was sexually harassed a few years ago by the same teacher and parents had complained to school authorities against the teacher for sending obscene messages.

The teacher is already arrested and remanded to judicial custody and is lodged in the Puzhal central prison under the Protection of Children From Sexual offences (POCSO) act.