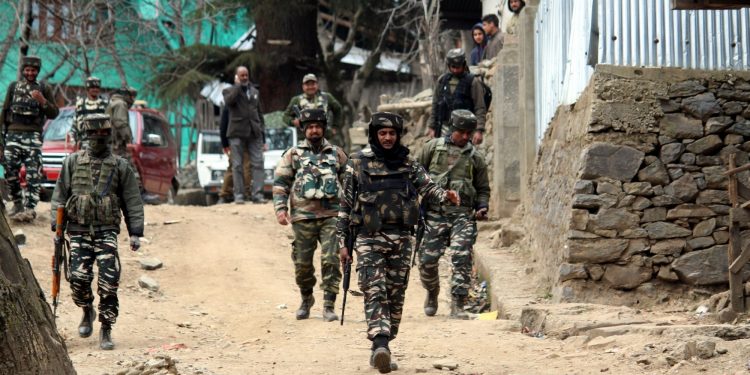 403
VIEWS
Share on WhatsappShare on FacebookShare on TwitterShare on Telegram

The two were arrested from Central Kashmir’s Budgam district on Sunday and incriminating material was recovered from their possession, officials said on Monday.

They have been identified as Sameer Ahmed Ittoo and Ubaid Ameen Mallah both residents of district Kulgam. Incriminating materials including flags, banners and letter pad have been recovered from their possession.

Police said during the preliminary investigation, it has come to fore that these persons were involved in grenade lobbying incidents in Pulwama and Kulgam districts of South Kashmir. They were also making posters, banners and flags of banned terror organisations on the directions of their handlers across the LoC for further distribution at various locations in Central and South Kashmir.

“They were also actively involved in recruiting terrorists and over ground workers (OGWs) with the aim to carry further terror activities in Budgam,” police said.

An FIR has been registered and further investigation has been initiated.

Police said the timely action by the police and security forces has prevented major terror crimes in the area.