"Antecedents of Teesta Setalvad need to be reckoned with because she has been vindictively persecuting this lis [dispute] for her ulterior design by exploiting the emotions and sentiments of Zakia Jafri, the real victim of the circumstances," the top court said in its order. 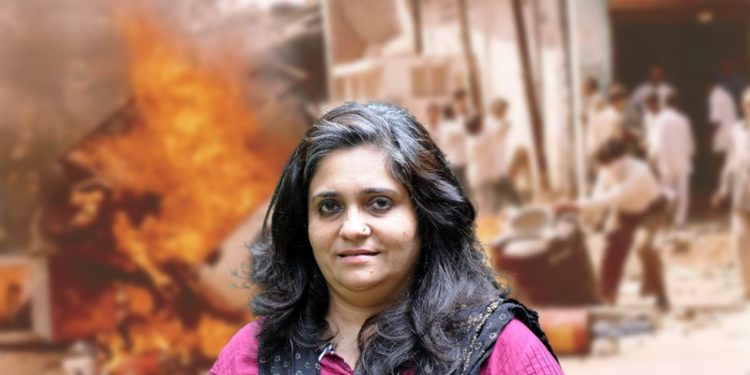 Ahmedabad Detection Crime Branch Police Inspector D.B. Barad has registered the case against all the three for the offence under the Indian Penal Code for forgery to cheat, fraudulently or dishonestly use forged documents as genuine, give fabricating, false evidence with intent to procure conviction of a capital offence, falsely charge any person with having committed a crime, and Public servant framing incorrect records.

The allegation against Sanjiv Bhatt is that the documents submitted by him before the Nanavati commission were forged/fabricated/ manipulated subsequently with an ulterior motive, first before Nanavati Commission and then later before the SIT, to implicate various persons under grave sections of law.

Allegations against R.B. Sreekumar are that most of the accusations in the complaint of Jakia Jafri were drawn from the nine affidavits filed by Sreekumar before the Nanavati Commission. Sreekumar did not make any allegations against the state government in his initial two testimonies. He only started alleging from the third affidavit. He has fabricated documents and round office stamps without the knowledge of issuing authority.

Teesta Setalvad and others had conspired to abuse the process of law by fabricating false evidence to make several persons be convicted of an offence that is punishable with capital punishment.

“I have read the judgement very carefully. The judgement mentions the name of Teesta Setalvad. The NGO that was run being run by her – I don’t remember the name of the NGO- had given baseless information about the riots to the police,” Amit Shah, in an exclusive interview, told a news agency.

The Supreme Court had on Friday dismissed as “devoid of merit” an appeal by Zakia Jafri in a plea challenging SIT’s clean chit to the then chief minister of Gujarat, Narendra Modi and others in cases related to the riots. Zakia Jafri is the widow of former Congress MP Ehsan Jafri, who was killed in the riots.

A three-judge bench of the apex court headed by Justice AM Khanwilkar, upholding the Special Investigation Team or SIT’s 2012 clean chit to Prime Minister Narendra Modi in the Gujarat riots case, said that Setalvad, co-petitioner in the case, exploited the emotions of Zakia Jafri.

“All those involved in such abuse of process need to be in the dock and proceeded with by the law,” the judges said, adding that the appeal was filed under “dictation of someone.”

“Antecedents of Teesta Setalvad need to be reckoned with because she has been vindictively persecuting this lis [dispute] for her ulterior design by exploiting the emotions and sentiments of Zakia Jafri, the real victim of the circumstances,” the top court said in its order.

The case pertains to what came to be known as the Gulbarg Society incident, in which 68 people, including former Congress MP Ehsan Jafri, were killed in the riots triggered by the burning of a train coach in which 59 people perished in February 2002.

On Friday, upholding the SIT clearance, the top court dismissed the petition filed by Zakia Jafri, saying that the plea was “to keep the pot boiling, obviously, for ulterior design.”

The SIT had opposed the plea of Jafri, saying there was a sinister plot behind the complaint to probe the “larger conspiracy” behind the 2002 Gujarat riots and the original complaint by Jafri was directed by social activist Setalvad, who had also challenged an October 2017 order of the Gujarat High Court refusing to reopen the closure report of the SIT.

“The protagonists of the quest for justice sitting in a comfortable environment in their air-conditioned office may succeed in connecting failures of the state administration at different levels during such a horrendous situation, little knowing or even referring to the ground realities and the continual effort put in by the duty holders in controlling the spontaneous evolving situation unfolding aftermath mass violence across the state,” the Supreme Court said.