Police said a patrolling party of the security forces detected the IED on the national highway. 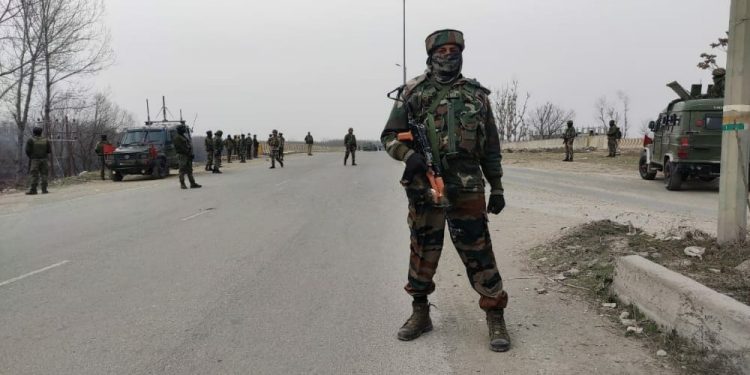 294
VIEWS
Share on WhatsappShare on FacebookShare on TwitterShare on Telegram

Srinagar,(Aryavarth) A major tragedy was averted on Monday when the security forces detected an improvised explosive device (IED) near the railway crossing in the Nowgam area of Jammu and Kashmir’s Budgam district on the Srinagar-Jammu national highway.

Police said a patrolling party of the security forces detected the IED on the national highway.

“Movement of traffic has been halted in the area. Bomb disposal squad has been deployed to defuse the IED,” police sources said.

The rail service between Banihal in the Jammu division and Baramulla in Kashmir division were resumed earlier in the day after remaining suspended for 11 months due to the pandemic.