In a tweet, she attached a 30-second video in which she can be heard saying why is India, one of the leading manufacturers of vaccines, facing shortage of it? 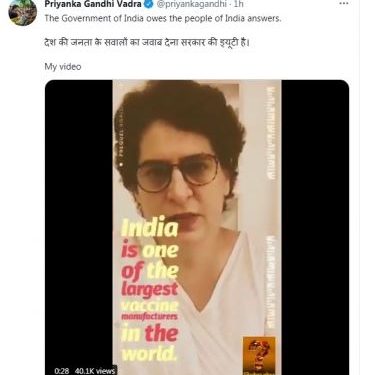 New Delhi,(Aryavarth) Congress General Secretary Priyanka Gandhi Vadra on Thursday slammed the Narendra Modi-led Central government over the Covid vaccine shortage in the country, wondering why India is facing a shortage despite being one of the leading manufacturers of vaccines, adding the government owes an answer to the people on this issue.

In a tweet, she attached a 30-second video in which she can be heard saying why is India, one of the leading manufacturers of vaccines, facing shortage of it?

“Why were orders for vaccines placed in January 2021 when the other countries placed theirs in the summer of 2020?” she wondered.

She further sought to know why the government exported six crore vaccines to other countries. “The government of India owes and answer to people of India and we have to ask the questions and they will have to answer,” she added.

The Congress leader has been critical of the government over the vaccine shortage.

On Wednesday, she asked the government about the shortage of vaccines in the country in her series of “Jimmedar Kaun” (who is responsible) posts.

She said these are the questions people of India want to ask the government.

India has been hit hard by Covid in the second wave. On Monday, India crossed a grim milestone of three-lakh deaths due to the coronavirus infections, thus becoming world’s third country after the US and Brazil to cross three-lakh deaths. 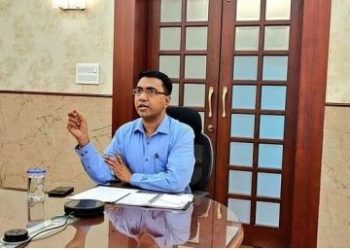 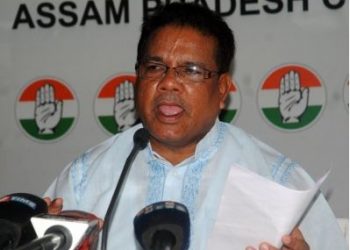