Coal is the main source of energy in China and is widely used for heating, power generation and steelmaking. Last year, it made up nearly 60 per cent of China's total energy use. 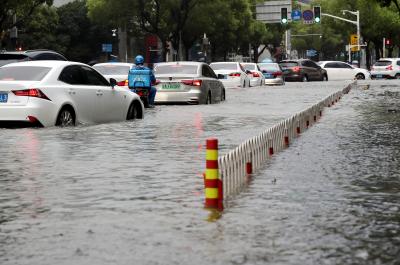 New Delhi, Oct 11 (IANS) Flooding in northern China is hitting a major coal production centre hard, sending coal prices soaring and complicating the efforts by Beijing to tackle the ongoing power shortages, CNN reported.
Heavy rains have forced the closure of 60 coal mines in Shanxi province, China’s largest coal mining hub, according to a statement released on Saturday by the provincial government’s Emergency Management Bureau. The province is home to a quarter of the country’s coal production.
The adjacent Shaanxi province, which ranks third in the country for coal output, also reported heavy rains and mudslides that hurt operations in the local mines, according to the Securities Times.
The price of thermal coal futures, which is primarily used to generate power, surged to an all-time high on Monday on the Zhengzhou Commodity Exchange — up as much as 12 per cent to 1,408 yuan ($219) per metric tonne. The price has more than doubled so far this year, CNN reported.
Coal is the main source of energy in China and is widely used for heating, power generation and steelmaking. Last year, it made up nearly 60 per cent of China’s total energy use.
Energy shortages have spread to 20 Chinese provinces in recent weeks, forcing the government to ration electricity during peak hours besides pushing some factories to suspend production. The shortages have hurt industrial output and is weighing on China’s economic outlook, CNN reported.
The power shortage is a result of a range of factors that have boosted demand and reduced supply. China’s post-pandemic construction boom has been heavily reliant on fossil fuels, while a national push to reduce carbon emissions led hundreds of coal mines to shut down or slash production earlier this year — driving coal prices higher.
Restrictions on coal from key supplier Australia and weather woes have also exacerbated the issue.