Emergency and essential services like ambulance and school bus will not be stopped, said the protesters.

69
VIEWS
Share on WhatsappShare on FacebookShare on TwitterShare on Telegram

Chandigarh, (Aryavarth) Farmers in Punjab and Haryana on Saturday put up road blockades at national and state highways at most of the places as part of a nationwide ‘chakka jam’ in protest against the three farm laws and demanded these be withdrawn, causing inconvenience to commuters.

Emergency and essential services like ambulance and school bus will not be stopped, said the protesters. However, there was no report of violence from anywhere in both the state.

The nationwide call from 12 p.m. to 3 p.m. was given by the All India Kisan Sangharsh Coordination Committee.

Protesting farmers belonging to different outfits started assembling along the highways, mainly in front of the toll plazas in both state, well before the blockade to come into effect.

Heavy police presence was seen at various places in Haryana and Punjab to maintain law and order in view of the protest by the farmers.

As a precaution, the police have diverted traffic at many places.

The activists of several farmer associations were seen asking traders at several places in the Congress-ruled Punjab to keep their shops and business establishments closed to mark the pan-India protest.

The Shiromani Akali Dal (SAD), a former ally of the BJP-led NDA government, and AAP have announced a statewide ‘chakka jam’ in Punjab to mark their protest.

Farmers protesting against the laws have expressed apprehension that these laws would pave the way for the dismantling of the minimum support price system, leaving them at the ‘mercy’ of big corporate entities. 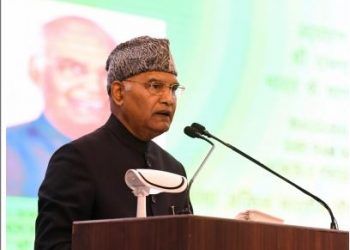 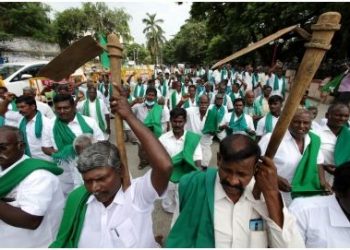 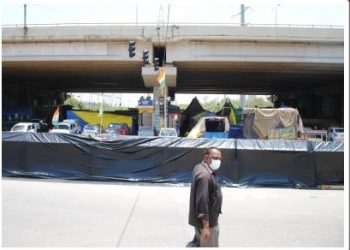